My name is David. I am Black. I live in London. But this isn't about me. I am concerned about the welfare of Black people in the UK, the US, and around the world. The recent tragic death of George Floyd, while poignant, was only the tip of the iceberg when it comes to the racial injustice that has been allowed to proliferate unchecked within our communities.

Our societies were mistaken in their assumption that the deep wounds inflicted by the legacies of slavery, colonialism, and white supremacy, could be patched over with empty platitudes and the passage of time. Time cannot heal wounds that have not been sanitised, just as structural racism cannot be undone without structural upheaval.

Racism has been allowed to fester and rot beneath the surface of our society as we continued to ignore it. We chose to prioritise cultural niceties and the fantasy of equal opportunity until the gangrene of injustice swelled too large to be contained. What you see on the streets now - the riots, the protests - this isn't a spontaneous spark. It is decades of compressed pain from those who have never had a voice to express it.

The time has come for us to commit to real, concrete, permanent change. Enough blood has been spilled. Enough tears have been shed. Black people have been subjugated to existence as second-class citizens for far too long. I am glad that people are finally waking up to the undeniable truth that racism is alive and well in the 21st Century. Many Britons had been quick turn a blind eye, sedated by the pacifying ignorance of their peers and lounging in the warm comfort of privilege. That must change.

If you are yet to understand the gravity of the situation or the necessity of the #BlackLivesMatter movement in the UK, I will present the facts below, along with recommendations for further reading.

What I am doing

I would be joining my brothers, sisters, friends and allies in the streets right now, but unfortunately, I am immuno-compromised and with the threat of COVID-19 still very present, it is a risk I cannot yet take.

I am a writer, and have often written during times like these - in my newsletter, or in opinion pieces, or on Twitter. When I was 17/18 I wrote a 12,000-word psychological paper on the effect of Slavery and Colonialism on a negative perception of self in Black British youths. I won national writing competitions with essays on Trump’s election. My published opinion pieces on the Black Lives Matter movement, Kaepernick and Ferguson have been cited over 40 times in student essays. I documented a list of police casualties that spread across the Internet, was suppressed by Twitter and led to hackers destroying and removing my blog.

But what has come of it? Awards for diversity work? A few invitations to diversity panels at the House of Lords? What meaningful change has been elicited by those words? Not enough. After a decade of protesting these issues in the most peaceful way imaginable, the needle has barely shifted. Corporate spaces are often still as devoid of black faces as they were 6 years ago. Police are still intent on brutalising black citizens. Courts are still compromised by unfair sentencing. We are failed by every institution that has promised us equality and opportunity.

So if writing isn’t enough, I will walk.

I will walk 100,000 steps in 24 hours. That's about 81km or 50 miles. I am not a runner or performance athlete. I don’t even remember the last time I jogged. I have never attempted anything of this magnitude before. I currently average about 10,000 steps a day.

I will train by walking another 100,000 steps, spread over 3 weeks. On the fourth week, I will walk the full 100k again. Not on treadmills, or in bite-sized chunks. I will leave my house and return 18-20 hours later, hopefully still in reasonable health. I'll be keeping you updated on Twitter and Instagram throughout the next month.

I have no idea what it is going to do to my body. I hope I bring enough snacks. It is my hope that by subjecting myself to this ridiculously painful endeavour, you will understand how seriously I take this issue, and that you will be spurred to take positive action in your own way, rather than sitting in silent complicity with hateful fascists, xenophobes and racists.

I would also like to raise money to support charities actively working in Black communities in the UK and globally. I hope you can find it in your heart to contribute as much as possible, and spur your friends, family, colleagues and businesses to do the same.

If your business has pledged any form of public solidarity in the last few weeks, please ask them to stand by their words with a meaningful contribution.

The charities I am raising money for

One-third of donations will be automatically split between 70+ community bail funds, mutual aid funds, and racial justice organizers across the United States here

One-third of donations will go to One Case At A Time, an independent, apolitical, non-profit organisation based in the United Kingdom. Its mission is to facilitate access to justice, funding and legal representation for disenfranchised minorities with a specific focus for Black people (forming part of the Black African diaspora) who may have been victims of injustice in the courts or any other emanations of the State.

One third of donations will go to Kwanda , a platform designed to both help and encourage individuals giving back to, and building within black communities, as well as similar platforms actively working on socially and economically developing the community such as ReachOut Project and 4Front Project.

You can read a bit about me and the work I've been doing in the last few years here, to be assured of my devotion to these causes and that all funds will be allocated as prescribed.

Why #BlackLivesMatter is just as important in the UK

- Natives : Race and Class in the Ruins of Empire by Akala

- Brit(ish): On Race, Identity and Belonging  by Afua Hirsch

- How To Be an Antiracist  by Ibram X. Kendi

- Me and White Supremacy  by Layla F Saad

- Between the World and Me  by Ta-Nehisi Coates

Thanks for reading - please give what you can and share this page with your friends, colleagues, and encourage your workplaces to donate also! Together we can create change that extends beyond flash-in-the-pan moments of media attention; beyond black squares on social media and meaningless platitudes. Together we can right four centuries of wrongs, empower the voiceless, and allow Black communities to thrive. 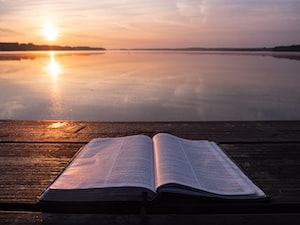 
Stealing from the Bible


Create time to think and explore 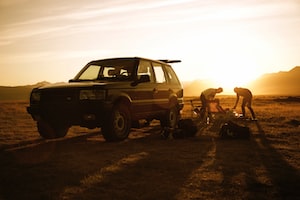