18: Empathy in the digital public sphere

We've become servants to the news cycle and are separated by chasms of partisanship, but with empathy and a form of communicative rationality, we can progress as a better-informed society.

We live in an interesting moment in history. We have more direct access to global human knowledge at our fingertips than ever, but the channels through which we interface and develop our worldview have become privately owned entities with a separate set of investors and stakeholders. Information has become economy. Data has become profit. Ideas have become commodities.

And while ideas have become commodified, values have become precious. Those who can shape our values and our prisms of perspective can control popular thought, world economies, and potentially democracy itself.

In the age of consumption, the need for intentionality in seeking knowledge is a relic of the past. The bulk of the ideas we engage with are those broadcast at us, and determined by a blend of mass media and tech algorithms - each governed by their own sense of what they think is best for us to see and consume.

We still have discussions, but often these are illusory at best, as the topics are determined by an endless churn of quickening news cycles and shortened attention spans. When you consider private content production, the trend has gone from long monologues and discussions on platforms like YouTube, to shorter and shorter bites of information on new, faster platforms. Information is shared through stories that last 24 hours and TikToks that last 15 seconds.

There is no longer an urge to develop our understanding through iterative discussion or Socratic debate. You see someone share a supposed fact on Twitter. You share it, comment on it, and within hours an edited version appears on Facebook, then Instagram, and multiple more copies spread through WhatsApp like wildfire - each copy being further from the original than the last. Then tomorrow you find out it’s not true. None of it was. Not the copy, not the original - but it’s too late. We have grown used to instant communication in both work and play, but the speed of transferred thought means that disinformation travels faster than correction.

As we become servants to the news cycle, outbursts of passion, empathy and activism are dictated by how long our memories can withstand a constant barrage of information. Despite people forming strong and nuanced opinions when fresh topics arise, it is a light that quickly fades once the next one comes along.✓

Because our relationship with information has shifted from active engagement to passive consumption, we have slowly ceded control to new gatekeepers of the public sphere. Those curating the platforms we use to share and engage with ideas are rarely motivated by the progression of public knowledge, but on procuring data and generating income. We need to improve both the communication and reception of knowledge and values.

Post-Enlightenment philosopher Jurgen Habermas discerned four criteria for successful communication. According to him, for someone to communicate any idea to another person, that communication must possess these four qualities:

The suggestion here is that language isn’t simply a disinterested set of building blocks used to describe raw states of affairs—all successful communication must be embedded in normative constraints. Haberman’s idea is that societies should be driven by Communicative Rationality; by people coming together and engaging in intelligible conversation based on the premise of similar values. And by doing so we can come to collective agreement on how to move forward.

Of course the alarm bells in your head may already be ringing—how can this be possible when we know we don’t all share the same values.

Why communication breaks down

Even on social platforms full of debate, where communication seems most constant, more often the ideas forming the subject matter are peddled by self-proclaimed experts masquerading opinion as fact, and influencers disseminating inconsistent doctrine to to the masses. Rather than socratic debate, we have cascading levels of status. Ideas often don’t spread on merit. They spread on the basis of profitable consumption, and those that prove most adept at weaponising attention can determine the status quo. Our perception of normative thought is heavily skewed towards the high-profile personalities we consume, because the reach of their ideas is determined by their following and how likely people are to interact with their thoughts, even if only to disagree.

The crowd elevates celebrities, influencers, micro influencers and local gurus as the new intellectuals whose ideas they usually elect to listen to based on other characteristics - looks, wealth, proximity to higher circles of status, and notoriety in every sense of the word. That is why people will interview Ja Rule and Naomi Campbell about their thoughts on human rights issues regardless of any track record of astute reasoning, or proven ability to engage with complex issues. That is why at the height of the Covid pandemic as tens of thousands died globally each day, celebrities mobilised to save the world by singing on Instagram.

For almost half a decade America and the UK have struggled to come to terms with their national identity in the wake of the 2016 election of Donald Trump, his increase in votes in 2020, and the perpetual lunacy of the Brexit saga. This disjunction exists because the ideas and morals propagated on social and mainstream media, only characterise those who subscribe to them, and are not reflective of those who customarily reject truth from those sources. This was exemplified equally with the movement against fake-news as it has with the movement against masks and Covid restrictions. We’re consistently fed a false notion of popular thought through increasingly smaller echo chambers, which are only exposed when it’s time for public ballots.

How can we change this?

In short, we need to learn to communicate again. We need to be aware of the widening gap between absorbed thought and popular thought.

There’s a prevailing trend of scapegoating and bashing anyone that doesn’t fall in line. The oft exhibited self-righteous moral elitism of those with ‘clout’ only serves to further alienate those without it. We can ‘cancel’ those whose voices stray from the chorus, but these people don’t disappear—they become hardened, and grow emboldened in their resolve. They form subcultures and gather elsewhere.

In many cases, each severed head of the hydra just spawns several more to take its place. People now receive funding and book deals from populist think tanks and white supremacists simply by virtue of being earmarked as a bad apple. It seems that the more we focus on de-platforming, the more platforms spawn in the darkness. The chief priests charged by their acolytes to enforce order among the chaos of alternative thought may sleep better knowing they have purified their holy social squares, but reducing the visibility of alternative ideas only further drives partisanship.

We need more room for open discussion, and to do so will require more empathy—a willingness to engage in discourse and find common ground on which to build better ideas. The mixed blessing of the internet age means we can connect with those who think like us, unbound by the constraints of geography, and become entrenched in our existing biases.

Everything is political now. Your right to love is a political stance, as is your right to bear children. Saying the lives of Black people are worth just as much as anyone else, is an act of provocation unfit for public broadcasting. Instead of tackling individual ideas we fight based on adopted banners, titles, and political allegiance.

If we wish to maintain the friction necessary to refine our societal values we must be careful of raising the barriers on discourse too high. Hatred and violence should be removed but critical thought must remain.

We can only sharpen our collective rationality through exposure to divergent ideas. Knives are only sharpened with friction, and so our razor of socialised critical thought must be sharpened by the friction of discourse. Debate is essential to our future survival. We need diverse voices in the room.

Social media has democratised discussion and allowed amateur political thought to find an audience. This is good, but it also makes it less reliable. Because of the pervasiveness of influencer culture, anyone with a large enough audience can become an authority without their views needing to be tested, filtered or challenged through active discussion.

A recent study of confirmation bias by Walter Quattrociocchi, Antonio Scala and Cass Sunstein found evidence that social media users are drawn to information that strengthens their preferred narratives, while rejecting information that undermines it. This cognitive immunisation is a powerful force that helps us to ignore the evidence that might make us question our beliefs.

This makes bursting bubbles of groupthink hard because it requires pushing against deeply ingrained human instincts. Research shows that some obvious ideas — like showing people an article from an opposing perspective — can actually make them dig in further, regardless of the truth of the source.

Despite this, social media can still be a force for good. Social media has made it easier for people to have a voice in politics and governance — to discuss issues, organize around causes, and hold leaders accountable. During the recent #EndSARS protests in Nigeria, it was the activation of global crowds that allowed for funding, food, and medical assistance to be provided to those on the ground. When the government cut the lights and CCTVs in the area, the primary evidence of the massacre at Lekki toll gate came from cell phone footage and live social media streams. Likewise, as far back as 2011 social media also played a critical role in the Arab Spring in places like Tunisia, Libya, Egypt and Bahrain.

A recent Reuters Institute Digital News Report found that 44% of people in the US who use social media for news end up seeing sources from both the left and the right — more than twice the rate of people who don’t use social media. If objectively, online social spaces are a net good for disseminating ideas, in order to make our communication effective we must strive for common ground - normative constraints on which we can base our ideas.

We need to speak to each other more, and listen to understand rather than listen to debate, or even to educate. When engaging with others in virtual public squares we should start by finding context in alternative views rather than immediately defaulting to the opinion that we are universally correct and must act on a god-given mandate to convert the heathens around us.

In the midst of a global pandemic and political tumult, as the world cascades into deepening levels of chaos, depression and confusion, there has never been a better time to start with humility, lead with empathy, and engage in loving but critical discourse to better understand those around us.

If you have any thoughts on empathy, discourse and preserving collective rationality, I’d love to hear from you. Reply via email, leave a comment or send me a tweet! 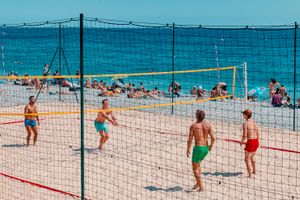 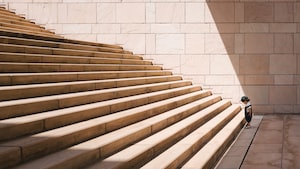