I'm sharing thoughts from Erich Fromm, a German social psychologist and humanistic philosopher, and how they apply to social identity and decision-making.

Not long ago, in a newsletter about managing cognitive bandwidth I wrote about how as society has evolved and our paths have become less rigid, we now have more options to choose from. I touched on some similar themes in my essay on democracy in the public sphere. Recently, I’ve been reading more about Erich Fromm, a German social psychologist and humanistic philosopher.

Fromm was a German Jew who fled from Nazi Germany to the US, and from first-hand experience developed a substantial body of work dissecting identity, social cohesion and authoritarianism. In his book Escape from Freedom, Fromm discusses humanity's fight for freedom. His core message was that if humanity cannot live without the danger and responsibilities inherent in freedom, it will turn to authoritarianism.

“Modern man still is anxious and tempted to surrender his freedom to dictators of all kinds, or to lose it by transforming himself into a small cog in the machine, well fed, and well clothed, yet not a free man but an automaton.”

In feudal times, simply by being born, you emerged into a fixed identity construct. You were born into a particular family within a particular clan or village with a particular class. This tribe had a religion, and your relationship with that religion and your deity was not individual but accessed through intermediaries—the village priest, witch doctor, or soothsayer. Beyond that, you might have the identity of your occupation, which was often just as hereditary as the color of your eyes, and nationalistic pride was a birthright.

What you lacked, was any individual sway in changing those things. In order to petition God, you had to visit a medium. To find a wife or husband you would usually rely on your parents or theirs. You were born into a life that was built for you before you had even left the womb.

The birth of individualism

As societies matured we developed stronger notions of freedom. Slaves have been liberated from neighboring tribes as old as the Malian empire. Crusaders freed supposed barbarians from paganism. The West liberated the East from ideologies like Communism and Socialism. America brings the gift of liberal democracy, liberating ancient people from culture and tradition. Impute inverted commas where you wish.

But in the wake of supposed negative freedom - the freedom from constructs we were born with or later had thrust upon us - we encounter the problem of positive freedoms. The freedom to choose what we do next. On a macro level, freedom from wider societal constructs often means freedom to be an individual, but Fromm argues that people find positive freedoms stifling. After the umbilical cord of social expectation is cut, we are just as independent as we are isolated, and must find new ways to connect to the world around us.

Why do we run from freedom?

In Fromm’s sociological examination of Germans during the Weimar Republic, he discovered that only 10% of them could be considered to have authoritarian leanings. Another 15% were democratically minded. The remaining 75% were somewhere in the void between the two. So how does the 10% become the dominant identity by which the nation is characterized? Fromm’s answer is that “We have been compelled to recognize that millions in Germany were as eager to surrender their freedom as their fathers were to fight for it. That instead of wanting freedom, they sought ways to escape from it.”

Positive freedoms come with far greater uncertainty. When you have so much say in determining who you are, Fromm argues we typically fall into three camps in order to escape from freedom: authoritarianism, destruction, and automation conformity.

The authoritarian tries to conquer the emerging unpredictability of positive freedom by imposing order from the outside. The destructive attempt to control life by destroying anything beyond their control - they simplify by subtraction. In the final camp, automation conformists attempt to escape freedom by surrendering themselves to wider machinations and becoming cogs in any emerging system. Even within supposed democracies and marketplaces of ideas, we see people take on these archetypes.

What is interesting from Fromm’s philosophy is that people rarely see themselves as conforming in any of these three ways. They believe these ideologies are formed naturally. The reality is that many modern people, having received the benefits of negative freedom, wear identity-like clothing. We are simply in search of an identity that fits us slightly better than the last. Tribes we can blend into and become invisible in.

Many of these ideas are closely entangled with optionality. The understanding of life’s vast possibilities makes us fear failure. When you are born into a world without strong guardrails telling you exactly who you are and what you will become, it becomes too great a risk to warrant experimenting much further beyond the patterns you observe around you.

When we reach adulthood we default to safety, to crowds, and to the choices that will give us the greatest number of options when we inevitably change our minds. On some level, it makes perfect sense. Humans are social creatures. For millennia, the survival of the individual was predicated on the survival of the group.

When we see a well-worn path, it makes sense to follow it. That’s why we’re herded towards university. It’s why people pick Harvard Business School, or seek roles at McKinsey - in part because of the experience itself, but far more often to maintain a breadth of further options. It has become increasingly easier to postpone the finality of deciding who you want to become through a series of safe bets.

Dolly Parton said find out who you are and do it on purpose. Seth Godin’s inversion of this was a paradigm shift - try doing something on purpose to find out who you are. It's much quicker to try things with intent and find what fits you, than waiting till you understand who you are before attempting anything. The more we fear experimentation, the more we will fail to encounter innovation and serendipity.

Maybe the only true way to maintain individuality and pursue positive freedom is to be brave in the face of great freedom and step into the unknown. I’m not telling you to skip university or turn down the next offer for a well paid consulting role, but perhaps by understanding the role fear of freedom and unpredictability play in our decision-making, we can better evaluate which choices are just expressions of fear and an unwillingness to be brave or wrong.

If you have any thoughts on freedom or optionality, I’d love to hear from you! Reply via email, leave a comment or send me a tweet! 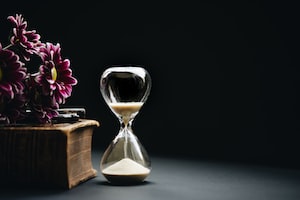 
You will never have more time 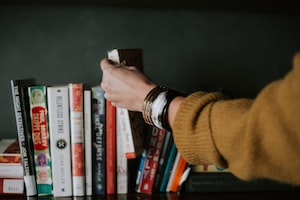