31: Your best Inauthentic Self

Authenticity, diversity, and what leaders and liars have in common.

Sometimes authenticity pays off, and sometimes it doesn't. What matters most is showing up and giving your best.

The first place many of us begin seriously evaluating the merits of authenticity is our first day of adult work. During school, for most of your life, your peers might be from similar neighborhoods and similar socio-economic situations. For many, particularly if coming from a low-income background, this might be the first time you're sitting with and being judged alongside peers with a wholly different life experience. This effect is doubled when it feels like you're the only one.

It can be tempting to check your personality at the door. Mind your business. Punch the clock. It may feel easier but this tactic only serves to rob yourself and others of the benefit of your presence.

The expectation of difference

You might be familiar with the concept of code-switching - it's the practiced assimilation of your dialect, tone and personality based on context. For some, this means asking colleagues to call you a “simplified” version of your ethnic name. For others, it's putting on your best tv presenter voice when you pick up the phone.

Another time we can have a deep conversation about the issues with environments that necessitate such labor, but for now, I just want to talk about being yourself and performing when it counts.

If there's anything you should remember, it's that you don't need to be perfect—you need only be accurate and emulate perfection to the best of your ability. The truth is, those who are believed to be perfect ab initio often have little experience with failure and consequently baulk in situations calling for grit and resilience. Your rough edges make you stronger. Your wrinkles make you better equipped.

In some circumstances, it may pay to emulate refinement and competence, but this doesn't equate to pretending you have a similar background or grooming to your peers. If you are messy, vulgar and clumsy at home, perhaps it's best to leave that careless whimsy for the company of close companions. That's not the kind of authenticity needed at work. Curating your expression doesn't mean optimizing for uniformity. Actively maintaining the traits and thought processes that make you unique yields its own reward. As Sally Hogshead said, different is better than better.

The Mountains of Kong

As a closing anecdote in my keynotes on 'Perspective', I usually talk about the Mountains of Kong - a legendary mountain range winding through central Africa, which featured on world maps for over 100 years.

First 'discovered' by Scottish explorer Mungo Park in 1798, they ran from Guinea in West Africa and continued eastwards connecting to the Mountains of the Moon. During the following hundred years explorers returned with wild tales of an impassible mountain range, 'pink, snow capped, flowing with gold' and teeming with strange exotic animals.Subscribe

It wasn't until 1889 when French adventurer Louis-Gustave Binger returned from travels in Africa that a startling secret was revealed - the Mountains of Kong did not exist. And for that matter, neither did the Mountains of the Moon.

So how did a completely fictional mountain range come to feature in every world map for over 100 years, and still pop up erroneously as recently as Goode's World Atlas of 1995? In short, cartographers of the time were a relatively tight-knit group of travel influencers. Reputation meant everything, especially in the refined circles they traversed. So without indisputable evidence to the contrary, if one of your esteemed contemporaries visited 'the Dark Continent' of Africa and claimed to have scaled impossible mountains, you believed him. And when you visited for yourself, even if you couldn't find the mountains, you'd have to pretend you did to save face.

Diversity creates friction and that is a very good thing. We're less likely to challenge the ideas of our friends, but when someone comes along who is altogether different from us, we not only anticipate a challenge but fortify against it. I share several studies demonstrating this in my keynote, but you'll get the idea from a quick mental exercise. Think about how you react when you get to work on a project with friends at work, versus working with someone you already know you don't get along with. Even in the absence of animus, when familiarity is removed we're more likely to double-check our work in advance and question the validity of our thoughts before presenting them to others. The imp on your shoulder says "Don't let them find holes in your argument before you get the opportunity to rip theirs to shreds!".

Of course, I'm not advocating for intentionally antagonistic working relationships, but simply highlighting that the presence of diversity adds an expectation of difference. Bringing your authentic uniqueness to the table helps sharpen the collective razor of critical thought.

Let me quickly flip everything I've just said on its head for another paradigm concerning authenticity.

Despite commonly saying we want authenticity from leaders, in practice, many of the virtues we value most in good leaders stem from inauthenticity. Good leaders and good liars might in fact share similar characteristics - the difference is that good leaders only employ inauthenticity in the service of others.

When we say we want leaders who are selfless and put the needs of others above their own, some automatically assume that equates to naturally selfless people. In practice, the authentic leadership we seek comes from those who are just as inherently selfish as the rest of us, but through empathy will put aside their needs for others. True leaders feel the pain and do it anyway.

Good leaders aren't fearless but have the capacity to emulate fearlessness.

When I was in school, we fought a lot. Social status among the boys was distributed equally by 'coolness' as it was by acts of physical prowess and domination. Within the first year, it was imperative to engage enough of your peers in fights to establish your standing. The more you fought and beat people who may have been considered stronger than you, the more respect you gained. However, the more you fought early on, the less you would need to fight later. Once it was ascertained you were of sufficient strength, your social status was largely cemented. If you were weaker, you might be ignored entirely.

One of the strongest kids I knew at the time wasn't necessarily strong at all - he just had an insane threshold for pain. Rumour had it that he had a rare disorder resulting in reduced nerve ending sensitivity. He could outlast you in a fight and take a beating without flinching. This fearlessness later proved to be a double-edged sword. In one particularly violent bout, he was sliced across the arm and didn't notice until he started losing blood. Luckily it wasn't too late for a trip to the hospital. What I learned that day was that his aura of invincibility wasn't granting the rest of us superpowers. If I got stabbed and didn't flinch, I'd be dead.

Those who truly have no fear often lack the ability to appraise risk, and despite their headstrong bravado, can easily lead troops to destruction.

The best leaders are not the strongest ones. They are the ones who while emulating mental and physical fortitude, can also understand and effectively deploy the strengths of others.

We don't want leaders who are equally fearless in both good and bad situations. We also don't want to see leaders shaking at the first sign of trouble. We want leaders who can accurately appreciate the scale of a challenge, acknowledge the difficulty, and act with empathy to lead by example.

As Seth Godin points out in The Practice, consistency is more important than authenticity. He insists on nothing less than to simply 'do the work'. Chop the wood and carry the water. Great leaders are those you can consistently depend on to show up, whether or not they authentically feel like it.

When you visit a doctor for surgery or a chef in a restaurant, it's likely not in your best interest to have the human authenticity of their home struggles or landlord issues communicated through their service to you. We acknowledge that they are not robots but what we require of them at that moment is performance. Nobody wants to experience their heart surgeon on her bad day, or for our children to appreciate the authentic impact of their teacher's spiraling marriage - they are professionals. We want their very best. Often being a professional requires conscious inauthenticity - the empathetic performance of duty for the good of those you serve.

Seth echoed a similar sentiment in a previous book:

...if the authentic you is a selfish jerk, please leave him at home. If you need to be authentic to do your best work, you’re not a professional, you’re a fortunate amateur. Fortunate, because you have a gig where being the person you feel like being in the moment actually helps you move forward.

For the rest of us, there’s the opportunity to be a professional, to exert emotional labor in search of empathy—the empathy to imagine what someone else would want, what they might believe, what story would resonate with them. We don’t do this work because we feel like it in the moment. We do this work, this draining emotional labor, because we’re professionals, and because we want to make change happen.

If you have any nuggets to share about authenticity, diversity, or leadership, I’d love to hear from you! Reply via email, leave a comment or send me a tweet! 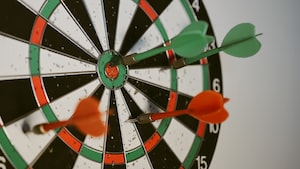 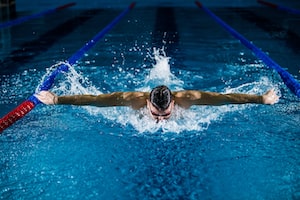