Thoughts on leadership, experimentation and learning.

Steve Jobs was notorious for his focus. He was happy to kill 100 good ideas to be resolute about 10 great ones. He did just that with a major restructuring of Apple in 1997. Apple was full of great executors, but they were executing 'wonderfully' on all the wrong things. To narrow focus, Jobs axed thousands of nascent ideas and centered the company around a small selection of products. A decision that would make Apple synonymous with shipping excellent products, consistently.

That said, being the boss doesn't require omniscience. Jobs often got things wrong, and frequently changed his mind. There is more than one story of an Apple product Jobs almost killed years in advance, only to be won over by the conviction of his engineers. According to current CEO Tim Cook, “he would flip on something so fast that you would forget that he was the one taking the 180-degree polar [opposite] position the day before”. Many of Apple's most popular products today were completely antithetical to Jobs' product vision. That speaks less to his ability to be 100% right and more to his ability to hire great teams.

As a leader, you are expected to exercise sound judgment. You are not expected to always be correct. It's equally important at times to defer to the minds you've chosen to surround yourself with.

A recent situation at work reminded me of a historical anecdote I shared here not long ago - the development of Spartan warfare post-Thermopylae.

The biggest conduit to [Spartan] success was basic formation drills. They were the only Greeks that subdivided armies into platoons led by individual officers who could give their own commands. They taught their men to march to the sound of flutes and could change direction instantly without needing an individual general shouting at the top of his lungs. This made them incredibly versatile in battle, and their tactical superiority won them several notable battles. Individually they were weak but in units they became fearsome.

The decision to empower officers allowed small units to turn on a dime in the midst of battle. The two benefits were a clear and replicable line of communication and positive autonomy when the chain of power disintegrated. The troops could hold fast to the mission. They could be reminded of the goal and adapt to their circumstances.

Stretch beyond the need to be in control. Build teams you can trust, and empower their success.

You might remember the TV game show “Who wants to be a millionaire”. The show, of British origin but with multiple global franchises, featured a series of multiple-choice questions that contestants could tackle to win escalating amounts of money. Occasionally a participant would be stumped and had the option to ask for help either by phoning a friend or asking the audience.

As you might expect, calling your most intelligent friend makes a huge difference - they'd get the right answer 65% of the time.

But what about the crowd? The interesting part is that the studio audience isn’t selected based on intelligence - it could be anyone. Young or old, with varying levels of education and intellect. How often do you think they got it right? A whopping 91%.

This doesn't mean you should enlist strangers off the street to tackle your complex business problems. It's simply a reminder that we should:

3 strategies to create moments that knit groups together:

People will voluntarily participate in struggle if:

Alexander Fleming saved up to 200 million lives with the invention of Penicillin, winning the Nobel Prize in the process. The moment that sparked the groundbreaking discovery came on his return from a two-week holiday in Suffolk. There on his bench by the window was an accidentally contaminated staphylococcus culture plate.

Upon examining the mold, later identified as the Penicillium genus, he noticed the culture was preventing the growth of staphylococci. To date, penicillin has become the most widely used antibiotic in the world, effective against diseases like meningitis, diphtheria, pneumonia and scarlet fever.

Fleming himself said “I certainly didn’t plan to revolutionize all medicine by discovering the world’s first antibiotic, or bacteria killer. But I suppose that was exactly what I did.”

David Perrell ascribes this to operating in 'open mode', I.e. investigating the open dish rather than discarding it.

Taking a step back, why not just start leaving open dishes everywhere. Experiment for the sake of experimenting. Let your bacteria cultivate passively and return to see the effects. In many ways, this is similar to my current writing process. It's also evocative of what James Altucher coined 'idea sex - as a shortcut to the countless experiments it might take to reach a significant outcome, multiply existing knowledge to arrive at the unknown.

If you have any thoughts on leadership, experimentation, or learning, I’d love to hear from you! Reply via email, leave a comment or send me a tweet! 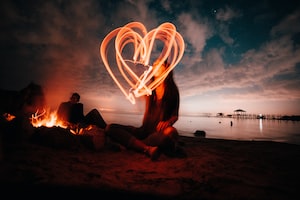 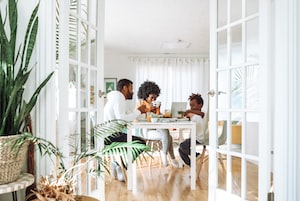