40: Rage against the machine

We're failing to design equitable systems. Will machines be better or worse?

People are turning against the status quo, increasingly enraged by bureaucracy, lack of accountability, and a slow rate of social progress. In many ways our social machinery, as it stands, does not serve the man (or woman) in the street.

There is a quaint irony that the biggest fear of esteemed scientists and thinkers in our generation regarding the potential emergence of Artificial General Intelligence already mirrors the complaints many have about their current lived experience today.

The fear is that if not sufficiently controlled, an intelligence explosion of sophisticated self-replicating technology could quickly become misaligned with our values and interests.

This is the view of those at the forefront of education, intellect, and relative institutional power. Yet the layman already complains of complex systems beyond their control with values irreconcilable with moral good: the machinery of power and bureaucracy.

Arbitrary and confusing laws restrict movement and freedom, leveling harsh and disproportional punishment on anyone who can't keep up. The absurd cruelty of these outcomes seems less and less incidental when you consider the views of many voters, media personnel, and legislators. I came across three news items this weekend that reinforced this view.

In a post that was later deleted, Northumbria Police had gloated over the confiscation of a £1000+ electric scooter from a 20-year-old gig worker who was caught delivering food without a license for his scooter. Both the charge for this innocuous misdemeanor and the law itself seem silly to me. Apparently, the only legal electric scooters are ones the government can profit from - you can’t ride a private scooter in public spaces unless it’s one that is publically available for lease, in which case you’ll still need a license. None of this is legislation I, like many others, had fully grasped until the police needed to present a response to public backlash.

The second story was a news segment from Fox news. While discussing whether unemployment benefits dis-incentivised work, the host and guest had this to say:

Laura Ingraham: "What if we just cut off the unemployment? Hunger is a pretty powerful thing."

Show guest: "I have a friend in the military who trains military dogs. They only feed a military dog at night, because a hungry dog is an obedient dog. Well, if we are not causing people to be hungry to work… then we're providing them with all the meals they need sitting at home"

This disdain for the poor borders on barbarism. If we were a unitary pack of persistence hunters and the sick and weak were preventing the rest of us from successfully hunting down prey, I could understand such a vampiric perspective, but the idea that we should cause hunger in order to incentivize work and ‘obedience’ would suggest serious flaws in the way our society is organized.

The third story I came across concerned what could crudely be considered state-sanctioned kidnapping. It seems a particular official, the head of child protective services in Florida has aggressively pursued reports of improper childcare and has confiscated children on multiple occasions as a result, even though, on appeal, dozens of these charges are later dismissed. In February a mother took her child to hospital after realizing she wasn't producing enough milk to feed him adequately.

After a few days, with the support of the doctors, the boy was doing fine. But instead of being allowed to take him home, child protective services descended upon the hospital with armed officers to inform her the baby would be confiscated. The (vehemently disputed) claim is that the mother had refused a B12 shot, even though there is an audio recording of the mother denying this was true. The 15-month-old baby was immediately placed in foster care and the parents haven't seen him since. The only reason this story gained so much traction is that the mother had previously been a contestant on American Idol.

But the nightmare isn't over. A few months later, the CPS pulled her husband over in a targeted stop and confiscated her 10-day old daughter while she was breastfeeding. The CPS took her newborn child on the spot without contacting their family lawyer or fully explaining their reasoning.

Now while I don't know the full details of the case beyond what has been reported, the tactics of Sally Smith have received wide media coverage, particularly after an incident involving another family drove the mother to commit suicide.

I've come across dozens of similar stories both in the UK and the US. The issue is simply that far too often families can find themselves at the mercy of overzealous public officials who have few controls and face limited repercussions for poor decision-making.

Extrapolate that across welfare, immigration, education, policing and justice systems and you have a sprawling environment covering many aspects of public life where there is little control or consequence when you are failed by the system.

In the face of a human-designed system that could conspire to keep you hungry and just as easily confiscate your livelihood as it can your children, there are three questions at the forefront of my mind:

If you have any thoughts on AI or society, I’d love to hear from you! Reply via email, leave a comment, or send me a tweet! 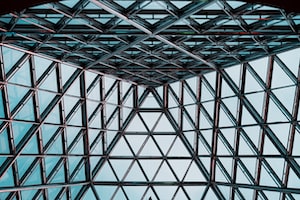 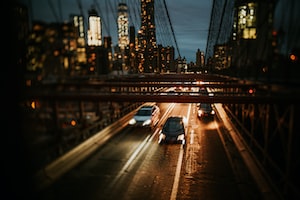