44: What you feel in your bones

A note from my journal on conviction and mimesis.

It's 4.40. I'm very tired this morning after waking up a little early - to be honest on any other day it would have been a perfect time - a time that gives me the room to center myself and do everything I'm doing now. But I don't feel rested enough. It's okay. This is the muscle I need to build. Pushing past the pain and doing it anyway. I need to be brave enough to be disciplined - to do the good I know I ought to do.

I had an interesting revelation today. It's easy to get sucked into comparative obsession. Mimesis is a choking smog. Coveting your neighbor's belongings. Wanting what others have. What people shout about. What seems like the norm. But the norm can be misleading. What we think is average is very rarely so. There is a huge divide between what we may know in our head to be true and what we feel in our bones.

We focus on what we think should be true. We're looking to each other for cues. We want to know what the baseline is. What's acceptable and what isn't. What's true? What's real? We get sucked into microcosms and echo chambers - tunnels of reciprocated thought that lead us to false impressions of the world.

If you're sucked into the NFT world you grossly overestimate how many people are active participants in the market - not just the crowd on the sidelines. Stories get covered in a way that spins up hysteria but the underlying truth is often mundane. Only c.2.5k people are invested in Loot. Only a few thousand more are invested in larger NFT projects. The number of followers and tweets are misleading. Many are kids with little capital to deploy, and the capital they put to work is quickly swept away by the tide of market manipulation. Everyone wants to get rich.

The OpenSea Head of Product was investing in projects they were about to list on their home page, and dumping them for quick profit once live. Influencers are pumping whichever meme they've bought. Displaying your NFT sends signals on multiple levels. First, I am part of the group. I am an insider. Not just that, but I am an owner - I own this signal of wealth. The Cyber-man's Rolex. The Digi-girl's Chanel clutch. Finally and most importantly, this thing I have invested in would cease to have meaningful value if you didn't care about it; if you didn't covet it. You should want what I have. You should join the in-group. It will give you status, like me. It may also bring you great financial reward - but only if you signal as I have. You have to bring others.

And so each branch of the chain enlists the next. The project grows in notoriety. Influence is so ingrained in the fabric of the movement that those with it rarely need to be right - they need only convince others that they are. Mimesis does the rest. And so the money flows. Not in the way it typically does in financial markets, to those with the most money. On the internet, the money flows to those with visibility. Those whose signal shines through the noise. Of course, there are outliers - those who can ride the coattails of emerging projects. This, I acknowledge, takes some skill, market knowledge and a handful of luck. But still - being early is only half the equation. You have to bring the others.

That is often how it is in many areas of life. We buy the things that signal who we think we are, and who we want to be. Everything we own reflects our value system; what we believe to be true about the world.

When Conviction Is Worth the Risk

The surest way is often the least sexy - the most boring. Compounding meager savings for the next 40 years? Ew. Gross. This NFT could go to the moon tomorrow. I can't miss this ship.

I don't mean to mock - it is indeed true that many who enter an emerging market while it is nascent will reap unfathomable rewards. However, that is only true for those who play their cards wisely. The reality is, humans often don't. We rarely make the wise decision even when the answers are in front of us. Illogical decisions can be very rational. Rationalization is exactly what we do. We find a way to make it sound right. We tell ourselves sweet stories.

In every story of a gold rush, there are forgotten bag-holders. The people who lost everything when things hit the fan. The bag-holders were there in the dot com boom. They were there at the peak of the 2007 property market. They were there when people were moving across America hoping to buy a plot of land with oil beneath the surface. They were there in the first Bitcoin rush. They quit their jobs at McKinsey, their degree at Harvard, and surfed on couches in silicon valley to build startups. But nobody remembers the bag-holders. You've never heard of them. They outnumber the overnight success stories 1000:1, but the people that fail don't get to tell war stories.

You should still believe in your ability to succeed against the odds. Always. Hope, audacity and good fortune are the greatest weapons in your arsenal. Just be sure never to underestimate the importance of prudence. A little forethought goes a long way. There are so many degrees of 'playing it safe'. There are many degrees to which you can vary the risks you undertake. The only thing that matters is understanding the rules of the game you're playing, and having a strong grasp of the variables.

Sometimes #yolo is worth risking everything - but only if it comes with the right amount of conviction. #yolo and #fomo are not the same. Making decisions based on the latter will always be a mistake, even when it pays off. Boil down the variables. Find conviction. Then decide.

In the long run, outcomes are only as good as the logic behind them. If your logic is right, over time your wins will outnumber your losses. Immediate failure won't matter. If your logic is flawed, lucky streaks will thin and be revealed. Sometimes one lucky break is all you ever need. Usually, it isn't.

If you have any thoughts on mimesis and conviction I’d love to hear from you! Reply via email, leave a comment, or send me a tweet! 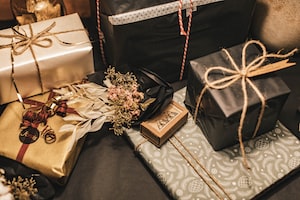 
Gifts for the future


Gifts from the past 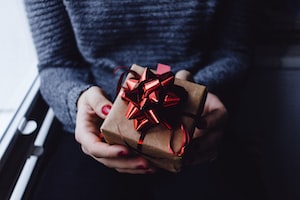