47: Change, travel, and other things

I was travelling again this past week.

I left my cold, windy island for the first time this year and spent a week running around the Balkans with little more than a backpack and a camera.

After visiting 5 countries in the last 7 days, I was reminded of a simple yet remarkable truth:

The fastest way to update your view of the world is through travel.

Physical travel is ideal, but you can replicate similar effects online. You just need to carefully sidestep the algorithmic trap of being driven straight to whatever viewpoints will generate the most 'stickiness' for a social platform.

The magic comes from conversations with strangers. It's such a simple premise. The internet today is supposed to be built on it. But the information you are spoonfed and the conversations you are driven to don't quite match the random serendipity of a chat with a stranger, in a place you've never explored or fully understood.

In North Macedonia, I learned about the less rosy reality for countries striving to join the EU. Macedonia changed its name and went through great domestic upheaval on the back of promises that it would enable them to join the EU. That dream never materialised, and now its citizens feel trapped in political limbo.

I also heard the downside of finally breaking into Europe's elite club. Over here we hear about how great the single market is for immigration and free movement. How fantastic it is that immigrants can come to the UK and enrich our culture. I never really stopped to think of what that means for those left behind. The brain-drain that occurs when everyone who aspires for more can wake up and leave overnight. When external opportunities are thick, internal opportunities grow thin - like water crossing a cell membrane.

When things get better for those most socially mobile, they often get worse for everyone else.

In Croatia, I'm told, this creates even more internal pressure to leave. Not necessarily because you want to, but because everyone else has left already.

In Kosovo, I learned about Albanian nationalism, and post-war political tensions that have lasted since the fall of the Soviet Union.

I stumbled into the history of conflict between Serbia and Kosovo after being kicked off a bus at the border because I had a Kosovo stamp in my passport and Serbia doesn't recognise it as a country.

I made it to Serbia after hitchiking my way back to Macedonia and paying a taxi driver for the day to help me try my luck at two more borders - the last one did the trick.

In Serbia, I had some of the best Chinese food I've ever tried outside China and made poor conversation with trilingual Mandarin speakers.

I heard stories from immigrants in Bosnia who had tried their hand at building a life everywhere from Afghanistan to America.

Then in Switzerland, I had my views on China updated. I met a man from Tibet in a restaurant. He told me about how China is asserting its dominance in the region, and how it struggles to keep Tibetans, Uighurs, Taiwan and Hong Kong under control. I heard about the activists who get disappeared, and the children who now grow up learning Chinese.

I appreciate how fortunate I am to be able to travel, in a world where movement is so highly regulated.

Another thing I love about travelling is the kindness of strangers. I've been to 44 countries now [2022 update: 48]. Some multiple times.

I've had plenty of amazing experiences, but also a few terrible ones.

The one constant is a shared love and universal kindness in the company of strangers. When you travel you get to see the best of people. The people I can never forget are the ones who knew nothing about me but went out of their way to help me.

On my most recent trip I got booted off a bus at the Serbian border and needed to hitchhike back into Kosovo. Someone on the bus interpreted the instructions for me and gave me 5 euro to help me on my way. When I got back to Kosovo and failed again to enter Serbia at a different border, a taxi driver spent three hours in a car with me driving me out of Kosovo and back to Macedonia to enter Serbia from there. Even when we got to Presevo, he didn't leave my side until he'd convinced another taxi driver to take me the last 1.5 hours to my destination.

A few years ago I struck up a conversation in Egypt with someone who, like me, was soon heading to Tanzania. He offered me a room in his guest house to save me walking around all day.

On an empty beach in the Seychelles I met some Japanese men who told me where it was safe to swim. We swapped details and reconnected for karaoke in Tokyo.

When I was working in Shanghai and my visa expired (a very long and dark story I'll have to tell at length someday) I ended up in Zhuhai, a small port city, having been robbed and almost kidnapped in Hong Kong.

Zero exaggeration - I'd spent a week in a windowless box, emailing old friends asking for money so I could get my visa processed.

When I reached Zhuhai, the hotel manager took me into town to find an ATM and bought me dinner before helping me on my way.

One more thing I was thinking this week was how diversity can often be zero-sum. You either get it right or you don't. The messy in-between is just different shades of failure.

Here's a short thread I wrote off the back of a curious scientific study showing the impact of diversity on learning (and why girls in Iran, Jordan, Egypt and Bahrain keep dominating boys in math).

[2022 update: I ended up writing in more detail about this study, and a few others in a later newsletter here] 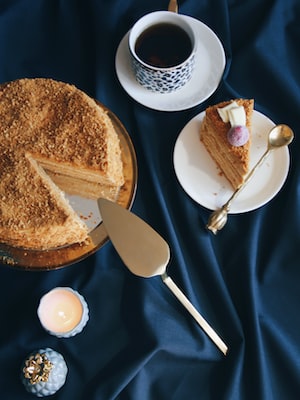