What if I told you that nearly every island in Polynesia was discovered without maps or compasses by men in canoes who navigated by the stars?

We're losing the art of navigation. As we develop clearer definitions of success and constrain the paths towards it, the opportunities for people to discover truths from the unknown are limited. Many of the greatest innovators of our age were artists who coloured outside the lines; sailors who rejected the status quo. As Michael Arrington put it in his 2010 viral post, innovators are pirates. We now reject that reckless bravery for psychological safety.

The funnel that supposedly takes you from Montessori through the Ivy Leagues and into your dream job stands on a pedestal so high you believe deviating from the printed path puts you at risk of drowning and death. Everyone clamours for a map they can follow. The surety of success. The problem is, maps are boring.

Turn the clock back 1000 years. Polynesians treated the ocean like their personal super-highway - they were practically immortal on the water and could survive indefinitely at sea as long as they had rainwater to drink. Their European cousins, by contrast, clung nervously to the shores. Even the legendary Captain Cook couldn't swim - neither could most European sailors at the time.

What if I told you that nearly every island in Polynesia was discovered without maps or compasses by men in canoes who navigated by the stars?

Imagine setting sail on a canoe from Hawaii. Your destination is a tiny island in the middle of the Pacific Ocean, thousands of kilometres away. You've never seen the island before. You're not even sure it exists, and the body of water you're navigating is over 160 million square kilometres. That's larger than all of Earth's landmasses combined.

Polynesian navigators have been making expeditions like this for thousands of years without modern navigational tools. Ancient Polynesians used the sun, moon, stars, planets, ocean currents, and clouds as guides. They saw the ocean as a series of passageways rather than a barrier.

Their journeys began approximately 1500 B.C. when the earliest settlers of Polynesia set sail from Southeast Asia. They cut through waves on Wa'a kaulua - double-hulled canoes powered by sails and guided with a single large oar.

Polynesian navigators knew the intimate nuances of the sea. They know which waves were caused by trade winds, which normally travel northeast or southeast. The rocking motion of their canoes generated by these swells allowed them to determine direction during the day. The Sun's position indicated east and west, while the low light on the water allowed for direct observation of swells.

At night, navigators utilised a mental star compass. At different times of the year, they remembered the rising and setting points of stars and constellations. Ancient Polynesians split the sky into four quadrants, each subdivided into 32 dwellings, with the canoe in the centre.

Their bag of tricks was endless. The North Star, Hopuka'a, was named by the fact that it is the only fixed point in the sky that constantly points north while the Earth revolves. So If they spotted the star Pira‘atea rising from the water, they knew they were in the northeast. And when the North Star wasn't visible, meaning they were south of the Equator, they relied on a constellation known as Newe, the Southern Cross to divine where South was.

They used clouds to identify land masses, and spotted birds like the Manu-O-Ku, with a known flying range of 190 kilometres, which they could follow to new shores.

The case against maps

Maps are supposed to make navigating easier. They show you the most common path from A to B. But in life, the maps we rely on are rarely useful. They can make us lazy and ill-prepared for the realities of life.

The biggest issue with using maps stems from a fundamental misunderstanding of their purpose. A map only serves to tell you what exists - it doesn't tell you how to get there. Every map is a reduction. Nuance is intentionally removed in favour of simplicity and replicability.

Navigating by sea, knowing that a certain island is not far away tells you nothing about the weather conditions you should beware of, any changes to the topography, or the likelihood a ship with your specific size, weight and crew will survive the journey.

We see maps fail when a company fails in copying the playbook of another, when market speculators leap onto hot trades and get left holding the bag, and when the advice of strangers goes awry.

It's important not to look at maps in isolation. Like Polynesian wayfinders, learn to navigate by patterns. Develop a compass and you'll find various paths where there seemed to only be one. The road less travelled is uncertain, but the opportunity to encounter rare treasures grows dramatically. Always steer towards asymmetric opportunity.

If you have any thoughts on navigating life I’d love to hear from you! Reply via email, leave a comment, or send me a tweet! 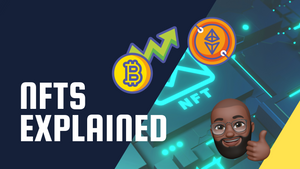 
Non-Fungible Tokens (NFTs): What They Are and How to Buy Them


47: Change, travel, and other things 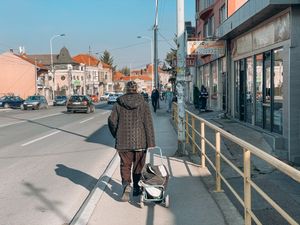