5: The importance of altruism and good intentions

Cool kids in awesome sweaters made me ponder of the place of altruism in modern society.

There are many things I love about Twitter. Usually, it’s the random, absurd and hilarious memes, but it's often also the stories - things that inform, uplift and inspire; insights into the lives of people worlds away. I came across a post shared by Sheridan recently, whose grandma has been knitting sweaters for four years for the Ummah Welfare Trust to send to kids in Syria. This year they sent pictures back featuring some of the coolest kids I’ve seen on the internet:

For the record, the Ummah Welfare Trust is a UK-based international relief and development charity established in 2001. Inspired by the Islamic teachings of empathy, generosity and selflessness. The charity aims to alleviate poverty and suffering across the world.

Also for the record, Sheridan’s grandma is awesome!

Aside from the chic panache of the well-outfitted children, it made me think a lot about altruism and good intentions.

There is an abundance of “good causes” many of us genuinely care about. A passion that usually moves us enough to fire off a salvo of intense tweets while the topic is trending and lecture those whose ignorance we find intolerable. But this sense of goodwill rarely extends to the point of offline action - to a point where we actually do anything to contribute. I know I’m very guilty of this too!✓

In a media-centric world, this endless stream of instant information has transported us into a virtue-signalling renaissance, where everyone and their dog races to be the first to throw their chip in the pile anytime a global issue emerges. A constant state of enforced awareness has led to increased apathy. The suffering we see today will soon be superseded by the suffering of tomorrow. Do you donate to put out forest fires in Australia today, or wait until the GoFundMe for someone battling immigration tomorrow? And is a good deed really good if you don’t share about it on social media?

Poverty tourism is in vogue - misery merchants take gap years to pose in shantytowns, holding out baskets of fruit to children with distended bellies, all fastidiously curated for us to consume in a beautiful Instagram feed.

On a wider level, the tugging of heartstrings is a big corporate money-maker. There is a deluge of startup brands in the "ethical" market running on the steam of buzzwords like organic, socially responsible, and giving-back to describe themselves, despite there being very little data in their supply chain to supplement these claims.

Are businesses truly ethical if workers are not provided with a living wage, provided safe working environments, and if no attention is paid to the sustainability of raw materials? Little thought is often given to the environmental impact of producing countless Keep Cups and cotton totes - or the human cost of gargantuan charities with huge corporate structures but little real-world impact.

The fact is continually underlined that we typically rely on incentive to provoke us to altruism. But is true altruism possible in our deeply capitalist society? Is true altruism even compatible with human biology? There are those in the scientific community like Richard Dawkins who contend, following Darwin, that it is not. In “The Descent of Man,” Darwin wrote, “He who was ready to sacrifice his life, as many a savage has been, rather than betray his comrades, would often leave no offspring to inherit his noble nature.”

Yet throughout nature, there are acts of birds and beasts alike that fly in the face of this evolutionary wisdom. Bees defend their hives by committing suicide with a sting; birds raise offspring that aren’t their own; humans leap onto train tracks to save complete strangers.

Vampire bats, despite being historically portrayed as ghoulish parasites, are deeply altruistic. Bats must feed constantly—they starve to death within sixty hours—and this has led to the evolution of an unusual way of sharing food. If a vampire bat fails to find a victim during the night, it will begin licking the wings and lips of a chosen colony member. The animals then lock mouths, while the successful hunter starts vomiting warm blood. If such sharing did not take place, scientists estimate that more than eighty per cent of adult vampire bats would die of starvation every year.

The bats sharing their hunt gain no immediate reciprocal value from this act, but by ingraining sharing into their social contract, a cycle of reciprocal altruism has ensured the survival of their species and ecosystem.

It is very likely that we will not see the full effects of global consumerism on our ecosystem within our lifetime. But perhaps it is worth flying in the face of logic, science, and socially-engineered selfishness, to ensure the survival of humankind.

I’ll leave you with a word from John Wesley: 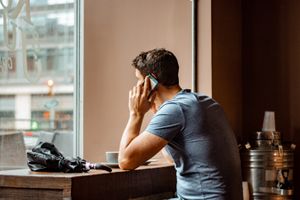 
4: Never lose touch with the people you used to be 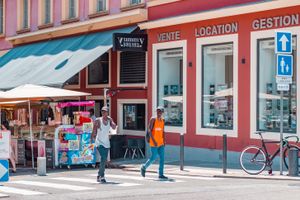