No one human knows how to make a pencil from scratch despite it seeming like a fundamentally basic thing - something every child can use.

To construct something as simple as a pencil takes mining graphite, cutting wood, shaping metal, and figuring out whatever modern erasers are made out of. I want to say a rubber plant is involved, but I have no idea and won’t allow myself to google it.

Tim Urban, one of my favourite internet writers shared a great analogy when contemplating the scale of intelligence in the universe.

Imagine everything humans had made vanished in a flash. All of our relations, our machines, our tools and our buildings. If we were all standing naked wherever we are in the world, and our collective task was to make a single iPhone 13, could we do it?

Even retaining all of our knowledge about the way things once were, probably not. We’d descend into dissenting factions of chaos and anarchy within a few months.

All of us, as great as we imagine our individual intellects to be, are like tiny ants riding the wave of the super-intelligent entity that is collective humanity. The colony is far smarter than any of us. Each of us instantly benefits at birth from aeons of collective knowledge and enterprise.

One of my favourite mystery novels is The Czars Spy. It was published in 1905. It's astonishing that in the sum of a few hours you can open any old book and instantly absorb a lifetime of knowledge. There are fields of knowledge that people spent 60 of their best years contributing to, and everything they discovered can now be communicated in a two-minute Youtube video.

Every tiny iteration of human innovation has led to the most basic building blocks in our modern world. Even our supposed culture of individualism in the west is newfangled and illusory. The idea of a single human living and surviving completely alone was a fantasy until the last century. Two centuries ago we couldn't walk by dark without a lantern.

Today I live relatively 'alone'. Does this make me independent? Are wolves kept from my door by the fence around my house, or by an entire neighbourhood of people, set within a city of activity so vibrant the foxes, pigeons and rats flee in terror lest they catch our attention. And all of those houses and fences and bridges and roads were built for my benefit by the society I've signed up for, over the course of 2000 years. That's no exaggeration. Londinium started life as a Roman town around AD 47, on a 1.5km square patch of land the size of Hyde Park. London today spans 1,500km.

And so we return to the humble pencil.

Most ‘knowledge workers’ would have no idea how to make a single tool they use. Each of us, without the rest of us, are utterly helpless. Despite everything we’ve built, as individuals, we’re far less equipped than hunter-gatherers ever were.

I’m not even talking about farmers, many of whom now rely on machines manufactured at scale. I’m talking about the people who strapped sharp rocks to long sticks and hunted for days for each meal.

You can click a button on your phone and dinner shows up at your door. The levels of abstracted knowledge that logistical infrastructure contains is incredible. You’re using a device thousands of humans have contributed to making. Sending data connecting to cell towers built and maintained by thousands more. Another human saw what you wanted and cooked it with global ingredients in a commercial oven built by another myriad hands. And then another guy got on a bike with parts created all over the world, the original design of which is centuries old, and brought the food you wanted, that you saw represented by a collection of pixels, to your house. For you, this process took 20 minutes. For humanity, it’s taken all the time we’ve ever had.

Consider the pets in your home. Who knows how to turn a wolf into a dog? [Fun fact - American wolves no longer exist. Every wolf you see in America is a descendant of Canadian immigrants].

Think about the food you eat, and how far removed it is from its natural organic form. I don’t care what label they put on it at your local grocery store. Even without lab modifications and chemical sprays, we’ve bred many diseases and poisons in commercial fruit out of existence. Bananas almost went extinct in the 1960s and most of you never noticed that we switched from eating the Gros Michel to the Cavendish.

We’ve Frankensteined our entire food chain to produce perfectly shaped, ultra-enduring, Instagram-worthy foods. The vibrant yellows and reds and seasonal hues? We did that. A few hundred years ago you could die eating a raw potato. Now people die eating too many french fries. If you undid everything we’ve done to the plant ecosystem, even Elon Musk couldn’t make himself a Granny Smith without help.

Wealth accumulated with the intent of escaping the collective only enforces our connection to it. Like it or not, we're the sum of our parts. 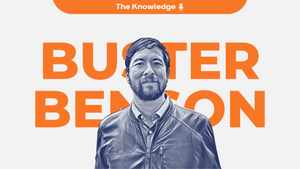 
🎙 The Psychology of Trading with David Belle 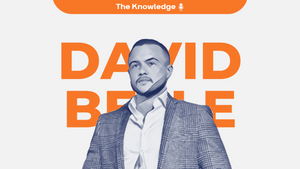