Sometimes you will be out in the field, pushing the limits of expectation, on the verge of changing the world, and not a single soul will care.

The masses often sleepwalk through innovation. You can only make great things if you’re willing to be ignored and unafraid of going unnoticed.

You have to care enough about doing the work and sharing your gift that you’re unfazed by the lack of recognition you receive.

The chance to own the telephone

When Alexander Graham Bell invented the telephone he immediately tried to sell the device.

His first port of call was Western Union. You may know them only for money transfers now (if you know their name at all), but at this point in time, they were one of the biggest communication technology companies on the planet.

They glanced in his direction, evaluated his prospects, analysed his device carefully, and promptly rejected him.

This was their reasoning:

“The telephone has too many shortcomings to be seriously considered as a potential form of communication”.

“The device is inherently of no value to us. What use could this company make of an electric toy?”

Western Union was a behemoth of the telegraph industry. They voraciously ate their competitors and boasted of owning a million miles of telegraph lines.

They saw the phone coming. They held it in their hands. They had a chance to own it.

Now we’re close to having a phone in every pocket in the developed world and the only time you hear the word telegraph is in old-timey movies featuring Benedict Cumberbatch.

The future you don’t see coming

When the iPhone came out some people worried it would never catch on because it didn’t have a physical keyboard.

I’m lifting slides directly from one of the workshops in my course (Career Hyperdrive) now - here’s some quotes from industry leaders at the time, about all the ways in which the iPhone might fail in a market dominated by Blackberrys and Palm Pilots.

In the words of Jeff Bezos, innovation requires a long-term willingness to be misunderstood.

You do something that you genuinely believe in, think you have conviction about, but for a long period of time well-meaning people may criticise that effort.

There’s often a big gap between changing the world, and the world being changed.

Innovation lives in the gap between the two, and so do courage and audacity.

Sometimes the innovation gap is so wide you’re not sure what’s on the other side. Sometimes it’s greatness. At other times it is humility. But you have to make a bet and stick to your guns.

Inventing something great is only half the battle. Next, you have to convince people to cross the bridge to the future you have built for them.

To steal an analogy from Mike Maples, great startup founders don't try to build great startups. They don't build something that will work right now. And they don’t just build for the future, what’s on the near horizon.

World class founders are time travellers who can build IN the future. They build what comes next and convince us to take a leap of faith and join them there.

Right before your eyes

Would you believe that four whole years passed between the Wright Brothers’ first flight and the point at which people finally decided to pay attention?

It wasn’t until May 1908 - nearly half a decade after their first flight, that any experienced reporter thought it was worth taking a look at what they were up to.

It wasn’t that nobody had seen what they were doing. People had. And they’d discounted it as some cheap magic trick. What they were doing was so far ahead of the curve that people saw them flying and couldn’t mentally adjust to the future unfolding before their eyes.

Those boys were FLYING. In the sky. For the first time in human history. For four and a half years. And people just kept walking by.

Doing something different, something new, is really hard work. But often it’s worth it. 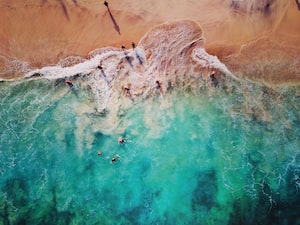 
The Psychology Behind Confirmation Bias 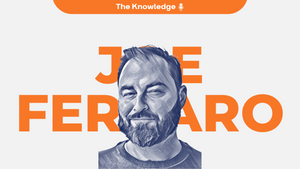