Ben Hogan was one of the finest golfers of the 20th century, a legend who managed to win nine majors and become notorious for his ability to practice. For years, people speculated about what he knew, and what secret he possessed that allowed him to be such a great golfer. It turns out, it was something quite simple yet powerful - deliberate practice.

Every practice session served a purpose for Hogan. He reportedly spent years dissecting and testing various techniques for each element of the golf swing. The outcome was nearly flawless. He produced one of the most refined golf strokes in the game's history.

His accuracy made him resemble a surgeon more than a golfer. For instance, during the 1953 Masters, Hogan hit the flagstick on consecutive holes. A few days later, he broke the scoring record for the competition.

What is Deliberate Practice?

Deliberate practice is not just about hitting balls on a driving range; it goes beyond that. It’s systematic, intentional, and focused on performance improvement. A deliberate practice session should include four key steps: having specific goals in mind, breaking down those goals into smaller tasks, practicing and repeating those tasks until they become automatic responses, and then finally reviewing and reflecting upon your performance.

While regular practice might include mindless repetitions, deliberate practice requires focused attention and is conducted with the specific goal of improving performance.

The greatest difficulty of careful practice is maintaining concentration. In the beginning, it is very crucial to show up and complete your reps. After a while, though, we begin to disregard carelessly minor errors and daily opportunities for development.

This is due to the brain's natural tendency to transform repeated activities into automatic habits. When you first learned to tie your shoes, for instance, you had to carefully consider each step. Today, after numerous repetitions, your brain can automatically accomplish this process. The more an activity is performed, the more mindless it becomes.

Activity without concentration is the adversary of deliberate practice. The risk of repeating a task repeatedly is that progress is taken for granted. Too frequently, we assume that we are improving just because we gain experience. In actuality, we are only reinforcing and not improving our current patterns.

With an understanding of what deliberate practice is, we can look at how Ben Hogan adopted this approach in order to improve his game. He set specific goals for himself during every practice session - aiming for each shot with precision and focus. He broke down these goals into smaller tasks by visualizing each shot before hitting the ball. He would then repeat these tasks over and over until they became second nature to him. Finally, he would review his performance after each session in order to see what needed improvement or if there were any changes he could make in order to get better results from his shots

When Benjamin Franklin was a teenager, his father scolded him for his weak writing skills. Ben, unlike other adolescents, took his father's counsel to heart and resolved to improve his writing talents.

He started by locating a magazine published by some of the greatest authors of the day. Franklin then read each item line by line and recorded the meaning of each statement. He then rewrote each piece in his own words and compared them to the originals. Each time, "I identified and corrected some of my flaws." Eventually, Franklin discovered that his vocabulary prevented him from producing better literature, so he concentrated heavily on this subject.

The pattern of deliberate practice is always the same: separate the overall process into sections, identify your shortcomings, test different tactics for each component, and finally incorporate your new knowledge into the overall process.

Here are some more examples.

Jiro Ono, the subject of the documentary Jiro Dreams of Sushi, is a chef and proprietor of a sushi restaurant in Tokyo that has won numerous awards. Jiro has devoted his life to refining the art of sushi-making, and he wants his pupils to do the same. Each trainee must grasp one small aspect of the sushi-making procedure at a time, such as how to bring a towel, handle a knife, chop the fish, etc. One apprentice trained for ten years under Jiro before being permitted to cook eggs. Each process step is taught with the highest precision.

Josh Waitzkin, the author of The Art of Learning, is a martial artist who has won multiple US national medals and the world title in 2004. In the finals of one competition, he identified a flaw: When an opponent illegally head-butted him in the nose, Waitzkin became enraged. His emotions prompted him to lose self-control and disregard his approach. After that, he sought out training partners who engaged in dirty fighting so that he could practice remaining cool and principled in the midst of mayhem. Waitzkin remarked, "They provided me with a good opportunity to increase my tolerance for turbulence." "My best tutors were dishonest players."

Magnus Carlsen is a chess grandmaster and one of the players with the highest rating in history. Great chess players are distinguished by their ability to discern "chunks," or precise configurations of pieces on the board. Experts think that grandmasters can recognize approximately 300,000 distinct parts. Carlsen learned the game through computer chess, which allowed him to play many games simultaneously. Not only did this technique allow him to acquire knowledge far more quickly than if he had participated in in-person games, but it also allowed him to make more mistakes and address his shortcomings more quickly.

Numerous renowned musicians advise practicing the most difficult passages of a song until they are mastered. Nathan Milstein, a virtuoso violinist, advises, "Practice as much as you feel you can achieve with focus. Once, when I was concerned that others around me practiced all day, I asked [my professor] how many hours I should practice, and he replied, "It doesn't really matter how long. No amount of work with the fingers is sufficient. If you train mentally, two hours is sufficient.'"

Consider the following example provided by Aubrey Daniels. "Player A takes 200 practice shots, while Player B takes fifty. Player B collects his own shots, dribbles slowly, and takes multiple breaks to converse with his teammates. A teammate of Player A retrieves the ball after each try. The coworker maintains a record of all rounds fired. If a shot is missed, a colleague writes whether it was short, long, to the left, or to the right, and the shooter evaluates the data after 10 minutes of practice. It would be inaccurate to define their hour of practice as equivalent. Assuming that this is typical of their practice routine and that they are equally talented, to begin with, who do you think will be the superior shooter after 100 hours of practice?"

Feedback is perhaps the biggest distinction between deliberate practice and simple repetition. Whoever has mastered the discipline of deliberate practice, whether they are an athlete like Ben Hogan or a writer like Ben Franklin, has established mechanisms for obtaining continuous performance feedback.

There are numerous ways to obtain feedback. Let's explore two.

Measurement is the first effective feedback system. We strive to enhance the items we measure. This is true for the number of pages we read, the number of push-ups we perform, the number of sales calls we make, and any other significant work we undertake. Only via measuring can we determine whether we are improving or deteriorating.

Coaching is the second effective feedback technique. A common finding across disciplines is that coaches are frequently necessary for the maintenance of purposeful practice. In many situations, it is practically impossible to simultaneously complete a task and evaluate your progress. Good coaches are able to monitor your development, identify areas for improvement, and keep you accountable for putting up your best effort every day.

The Promising Potential of Deliberate Practice

Humans have an extraordinary capacity to increase their performance in practically every aspect of life if they practice properly. It is simpler to say than to do.

Practicing deliberately is not a pleasurable pastime. It demands effort and concentration over time. People who have mastered the discipline of purposeful practice are committed to lifelong learning; they are constantly researching, experimenting, and perfecting.

Deliberate practice is an effective method for improving one’s golf game as it focuses on developing skills through repetition and visualization techniques as well as setting individualized goals that allow a golfer to track their progress easily. This approach has proven time and time again that when you have a plan during your practice sessions you will inevitably improve your game faster than those who don’t utilize this approach. With dedication and perseverance, any golfer can use the same methods as Ben Hogan did in order to reach their peak potential! 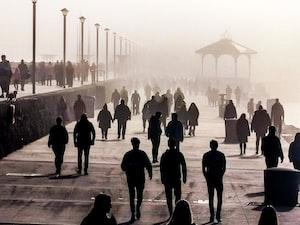 
What You Don't Know About Food Waste 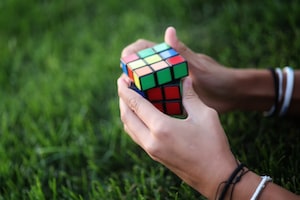