When Conviction Is Worth the Risk

The surest way is often the least sexy - the most boring. Compounding meager savings for the next 40 years? Ew. Gross. This NFT could go to the moon tomorrow. I can't miss this ship.

I don't mean to mock - it is indeed true that many who enter an emerging market while it is nascent will reap unfathomable rewards. However, that is only true for those who play their cards wisely. The reality is, humans often don't. We rarely make the wise decision even when the answers are in front of us. Illogical decisions can be very rational. Rationalization is exactly what we do. We find a way to make it sound right. We tell ourselves sweet stories.

In every story of a gold rush, there are forgotten bag-holders. The people who lost everything when things hit the fan. The bag-holders were there in the dot com boom. They were there at the peak of the 2007 property market. They were there when people were moving across America hoping to buy a plot of land with oil beneath the surface. They were there in the first Bitcoin rush. They quit their jobs at McKinsey, their degree at Harvard, and surfed on couches in silicon valley to build startups. But nobody remembers the bag-holders. You've never heard of them. They outnumber the overnight success stories 1000:1, but the people that fail don't get to tell war stories.


42: How to fail exquisitely


41: The quest for white space 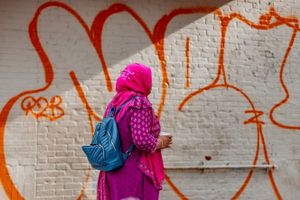