Why communication breaks down

Even on social platforms full of debate, where communication seems most constant, more often the ideas forming the subject matter are peddled by self-proclaimed experts masquerading opinion as fact, and influencers disseminating inconsistent doctrine to to the masses. Rather than socratic debate, we have cascading levels of status. Ideas often don’t spread on merit. They spread on the basis of profitable consumption, and those that prove most adept at weaponising attention can determine the status quo. Our perception of normative thought is heavily skewed towards the high-profile personalities we consume, because the reach of their ideas is determined by their following and how likely people are to interact with their thoughts, even if only to disagree.

The crowd elevates celebrities, influencers, micro influencers and local gurus as the new intellectuals whose ideas they usually elect to listen to based on other characteristics - looks, wealth, proximity to higher circles of status, and notoriety in every sense of the word. That is why people will interview Ja Rule and Naomi Campbell about their thoughts on human rights issues regardless of any track record of astute reasoning, or proven ability to engage with complex issues. That is why at the height of the Covid pandemic as tens of thousands died globally each day, celebrities mobilised to save the world by singing on Instagram.

For almost half a decade America and the UK have struggled to come to terms with their national identity in the wake of the 2016 election of Donald Trump, his increase in votes in 2020, and the perpetual lunacy of the Brexit saga. This disjunction exists because the ideas and morals propagated on social and mainstream media, only characterise those who subscribe to them, and are not reflective of those who customarily reject truth from those sources. This was exemplified equally with the movement against fake-news as it has with the movement against masks and Covid restrictions. We’re consistently fed a false notion of popular thought through increasingly smaller echo chambers, which are only exposed when it’s time for public ballots.

How can we change this?

In short, we need to learn to communicate again. We need to be aware of the widening gap between absorbed thought and popular thought.

There’s a prevailing trend of scapegoating and bashing anyone that doesn’t fall in line. The oft exhibited self-righteous moral elitism of those with ‘clout’ only serves to further alienate those without it. We can ‘cancel’ those whose voices stray from the chorus, but these people don’t disappear—they become hardened, and grow emboldened in their resolve. They form subcultures and gather elsewhere. 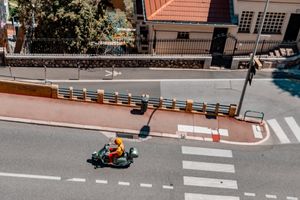 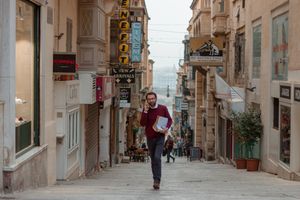