35: Beyond Black and White

Lessons from three books on the importance of seeing through binary bias, being brave enough to be wrong, and changing your mind.

It is impossible for you to switch on the news and not see a debate. Any simple truth might be challenged by a panel of overnight experts and niche provocateurs. Every trivial idea has its antagonist, and the stronger the views of the proposition, the more dissidents will rally. Nothing is indisputable yet within the complex web of disputes stemming from any one issue, all perspectives are slowly magnetized to polar ends until the reasonable middle-ground is a dogmatic caricature.

When we debate with people we don't understand, there is a tendency to strawman their arguments and mischaracterize views that seem incompatible with our understanding. Brexit voters become simple-minded racists. Trump supporters become rednecks. BLM activists are Marxist postmodern leftist loonies. Both in popular discourse and in the media, we lampoon perceived adversaries, making light of their views. The more we can abstract their perspective, the easier they are to dismiss.

What use is there in winning a debate, other than moral posturing? We like to be right even though there is no new value in it. Bragging rights confer no new knowledge - the truth is that the only time we learn is when we're wrong—revelation exists in the gap between expectation and truth. We only learn when we're listening.

No one enjoys being wrong, but I do enjoy having been wrong, because it means I am now less wrong than I was before

In order to listen better and learn more, even if only to bolster our case and smooth the rough corners in our argument, we should look beyond stereotype and archetype as tools for defining viewpoints. We can only appreciate the depth and nuance of the ideas we tackle when we see them as more than black and white. Why do people think the way they do? Because we have different schemas of organizing the world, different toolkits, and different objectives.

We increasingly divide into tribes based on archetypes. Who we believe we are often dictates how we should behave, and many of the tools of differentiation employed by adults are the same ones used by kids in the playground: The cool kids do this, not that. The smart people say this, not that. Only a weirdo would disagree.

We often lump expected viewpoints with certain identities, but it's important to remember that personality and identity aren't set in stone. Alfred Adler was an Austrian doctor who straddled philosophy and psychology and gave birth to the school of individual psychology. While championing individual agency, he maintained that humans were social beings and that all interpersonal interactions were embedded in social meaning.

Adlerian psychology rejects the notion that we are characterized by our past. Life is not a story but a series of moments, and what we take from each moment depends on the value we ascribe to it.

Adler inverts Freudian aetiology - the idea that experiences cause behaviour. He would say we aren’t determined by our experiences but the meaning we give them is self-determining. Life is what we make for ourselves.

I found a useful example of Adler's teleological view in 'The Courage to be Disliked': If a waiter makes a mistake and you shout at him, you aren't shouting at the waiter because you’re angry; you wanted to get angry so you could shout. In order to make the waiter submit to you and listen to what you wanted to say, you wanted to shout, and you facilitated this by constructing the emotion of anger. The goal of shouting came before anything else. Using anger actually makes your decision to shout seem reasonable—people will say 'he shouted because he was angry' rather than 'he shouted to dominate the waiter'. Anger, as a tool, was the shortcut to dealing with the situation reasonably.

Following Adler's logic, there are no short-tempered people—only people who default to using anger as a tool to achieve their primary aims. Those who seem short-tempered simply discovered that tool early in life, and despite any intentions to change, find it too inconvenient to discover and develop new tools in adulthood. We are all trying to consummate our objectives. Personalities are simply tools we employ to navigate social interaction and achieve our goals.

Taking another step through history, we learn from Seneca and the Stoics that everyone is the hero in their own story. We all believe we are on the right side of history and act in a way that will bring about the most optimal solution, in accordance with our rationalized values. What we see as evil is only ignorance.

The simplified logic for a stoic conception of evil is as follows:

Epictetus clarifies this in chapter 42 of the Enchiridion:

“When any person harms you, or speaks badly of you, remember that he acts or speaks from a supposition of its being his duty. Now, it is not possible that he should follow what appears right to you, but what appears so to himself. Therefore, if he judges from a wrong appearance, he is the person hurt, since he too is the person deceived. For if anyone should suppose a true proposition to be false, the proposition is not hurt, but he who is deceived about it. Setting out, then, from these principles, you will meekly bear a person who reviles you, for you will say upon every occasion, "It seemed so to him."

From this, we understand that no one can act in a way that is evil while believing he is doing so. Even those that act perversely act in a way they believe will enrich their aims, which they rationalize as of higher importance than other possible outcomes. In all our actions we choose one of the following narratives:

a) this is right - we are righteous, or acting out a virtue;

b) this was my best option - we have no other choice, or there is no better outcome;

c) this is how everyone does it - "this is how the world works" and we are only adopting widely-accepted rules or proven exceptions; or,

d) this is how I've always done it - we are acting out of habit, using traits that have always worked.

Far too easily we fall for binary bias in delineating the world into us and them, haves and have nots, believers and non-believers, good and evil. In every political debate, you will see someone who believes they are fighting on the side of the righteous, despairing that others haven't yet seen the light.

The reason many attempts to convert non-believers fails is because hearing another side of an argument doesn’t automatically make you rethink your stance. It actually makes it easier for you to stick to your guns. The more one side resorts to binary bias, splitting the world into two camps, the easier it is for the unconverted to say "if I am not with you, I must be against you". Binary bias pushes us to the poles in every argument, so long as we reject the notion that more than one position can exist in harmony.

“People show a strong tendency to dichotomize data distributions and ignore differences in the degree to which instances differ from an explicit or inferred midpoint,”

On the issue of climate change, for example. you might distinguish at least 6 camps of thought. There aren’t just believers and non-believers. Leaning to one side are the concerned and alarmed. On the other side, you have the cautious, disengaged, doubtful and dismissive. The delineation between these as two sides is imaginary, and the number of viewpoints has no correlation to the number of people in each camp.

Per Adam Grant, psychologists find that people will ignore or even deny the existence of a problem if they’re not fond of the solution. If you wanted to convince peers of climate change, instead of focusing on beating them over the head, it might be more constructive to ruminate on the potential positive outcomes of taking any particular path. According to Grant, we can better navigate polarisation by asking 'how' more often than 'why'.

Simplification also inflates the extremes, giving disproportional credence to a minority of active dissidents at the far edge of discourse. Over-broadcasting niche views obscures the true population of sceptics and fence-sitters, versus the ardent deniers.

This effect is compounded by the way objective facts can be weaponised to support polarised views. Is the fact that your city is becoming more diverse a sign of positive change that should be bolstered by increased changes to create parity for all, or is it confirmation that the native population is being weeded out and should be protected with enhanced legislation safeguarding their rights?

People twist facts to support their preconceived beliefs. We use confirmation bias, desirability bias and availability bias to bolster arguments regardless of additional context. This study on heart disease risk in relation to different diets yielded both these news headlines:

Here's another example concerning media bias in reporting the shooting of Botham Gene, and one more from NPR on economic indicator reports.

To parse a sentiment twice removed from Walt Whitman, It takes a multitude of views to show people that they too contain multitudes. Simplification often has the opposite effect from what we intend. Seeing the world in Black and White obfuscates the shades of grey that add depth and accuracy to our view of the world.

There may be said to be two classes of people in the world; those who constantly divide the people of the world into two classes, and those who do not.

Research shows that instead of those holding themselves out as having absolute knowledge, it is the experts who express doubt about their beliefs that are seen as most trustworthy. In order to engage people, learn to convey complexity and caveat the gaps in your current understanding. Your humility will be respected. The more you are wrong, the more you can be right.

In the spirit of Ray Dalio, aim to learn enough each year for your past selves to seem foolish. The most accurate election forecasters are the ones who changed their minds the most often - train yourself to change your mind when presented with new information. Don't hang on to old ideas simply because you once defended them. Despite the apparent permanence of internet utterances and the attempts of a few to connect people to every idea they have ever expressed, it is more than reasonable to adjust your views over time. It is a requisite for growth.

No opinion is sacred - adopt them while relevant but discard them quickly. Remember that the experience of being wrong is a discovery that something else is right - find joy in these revelations. You can only be wrong when you are brave enough to make an assertion. Have skin in the game. Change your objectives, your mind, and your tools as often as necessary in your quest for a better way.

If you have any thoughts about politics, debate and polarization, I’d love to hear from you! Reply via email, leave a comment or send me a tweet! 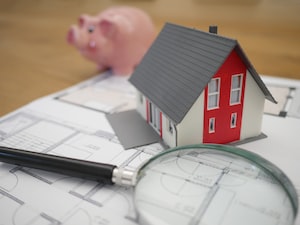 
The future of speculative investment


Why this game mattered 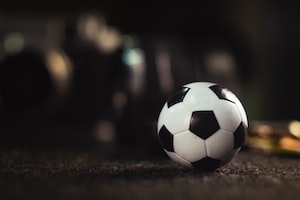