People become great by being creative within the boundaries and persisting when others might quit.

Innovation comes from constraints and knowing when to ignore them.

You don’t need to be taught to create once you know some words and shapes. This is partly because they’re complementary cognitive artefacts.

Once you learn the basic rules you open up a whole new world of creative expression.

People become great by being creative within the boundaries and pushing the expectations of those who merely tow the line.

We care about the people who can push the rules to their limits without breaking them.

It would certainly be possible to score more goals than Christiano Ronaldo, Lionel Messi and Pele if you simply ignored the rules. But what makes them great is the way they innovate within defined constraints.

Ronaldo once jumped 8.39ft in the air to score a goal. As a reference, the height of the goal is only 8ft.

Many also attribute the success of these legends to the futsal they played growing up. Futsal is an extremely prevalent alternative to football, particularly in areas without the resources needed for football. You don't need grass or flags, just a ball and willing players.

It's rough and rudimentary, played on a tiny pitch with small goals.

It's played on flat surfaces rather than on grass, and emphasises technical proficiency, creativity and flair over football's 'fundamentals'.

Despite football being the bigger sport with more complete athletes, many football players would struggle to compete in futsal, whereas masters of futsal transfer their skills easily.

It turns out that learning to explore in unstructured sandboxes makes you more creative when boundaries are erected. You know how to colour outside the lines.

One of my favourite concepts comes from James Altucher - he calls it idea sex. Every day he challenges himself to write down 10 business ideas. But 10 is where most people get stuck. They don’t know you can go from 10 ideas to 100 simply by multiplying them. What does A look like in X domain? What happens when you mix B and Y?

Stan Weston used this framework. He had a simple idea which changed the lives of young boys forever, and made one company over a billion dollars.

Stan knew something any stranger on the street could have told you in the 1960’s.

Girls like to play with dolls. They liked dresses and customisability.

But what happens if you combine dolls with action?

Stan designed a doll for boys based on a soldier, added a gun and named the invention an ‘action figure’. That was the birth of G.I Joe, and later across the pond, the Action Man.

It was a brilliant invention, and simultaneously it wasn’t much of one - Stan just combined what he knew millions of children already loved. And that’s where the magic came from.

Here’s how Stan explains its success in his own words:

“Truly groundbreaking ideas are rare, but you don’t necessarily need one to make a career out of creativity. My definition of creativity is the logical combination of two or more existing elements that result in a new concept. The best way to make a living with your imagination is to develop innovative applications, not imagine completely new concepts.”

An underrated way to get good fast is by experimenting and multiplying what you learn across different domains.

This has paid massive dividends for me personally.

I was interested in art from age 11. That translated to teaching myself design by 13. Scaling up from simple design to the concept of branding at 14 and 15 allowed me to get paid for the skill. Scaling up from branding to marketing led to working on campaigns for brands like Amazon and Krispy Kreme by 18.

I didn’t stop there.

I eventually took up photography. Combining that with my history in branding and marketing, as well as my day job in corporate law, I was suddenly in a unique position to consult on brand strategy for global brands.

It sounds simple but that’s the power of exponential development. Don’t add, multiply.

And increasing the range of your inputs makes your outputs more unconventional.

If you copy ideas from one person it’s a forgery. If you copy from six you’re Van Gough. That’s how you begin building a personal monopoly.

Van Gough had no plans of becoming an artist, and arguably only became a great one after he died.

Van Gough trained to become a pastor. But he was bad at it. He got sacked.

He tried to teach. And he was bad at it.

He took up drawing. And he was bad at it. But no one can sack you from playing with pencils, so he continued anyway.

Van Gogh had varied inspirations, including Dutch genre painting and the realist paintings of Millet and his contemporaries, but he was particularly influenced by Japanese woodblock prints. In some cases he even made copies – albeit in his very expressive, idiosyncratic style – of prints by Hiroshige, Kesai Eisen and others.

I can’t emphasise enough that part of the reason Van Gough experimented with so many styles is that he was originally quite bad at many of them.

People laughed at him. But his competence grew as he multiplied techniques across art styles.

And he just kept going.

His output was insane.

Most people don’t realise Van Gough was only making art for around 10 years. He died aged 37.

And in those 10 short years, he produced 900 paintings and countless drawings and sketches.

On average he churned out a new piece every 36 hours.

It’s worth noting that he doesn’t have 900 famous paintings. Only a handful. But when you make almost 1000 of anything it’s probably no surprise that some of them become extraordinary.

You’ve probably already heard that story about a pottery teacher who split his class in two and asked one group to focus on quality and the other on quantity. In the end, the quantity group made better pots.

But there’s an even better example of how being prolific pays off.

I’m a big fan of classical music. If I ever can’t sleep or need to find some focus I’ll slap on some Chopin.

You’ve probably heard of only a handful of great composers. And there’s a pretty simple reason why.

Here’s the secret - the great composers you know of didn’t just produce the best quality - they probably also produced the highest quantity.

Take a look at the top 250 composers through history that have contributed at least one work of lasting fame. Imagine putting all of the combined works each of these 250 people created in a room.

What if I told you that out of the combined work of the 250 greatest composers, half of all these great works were produced by only 16 people?

And then what if I told you that nearly 20% of those combined works were produced by only three.

If I asked you to name classical composers those would probably be the first names in your head.

The greatest composers iteratively improved. They were incredibly prolific. They created so much, there was just a far far greater chance some of those pieces would count among the greatest. It was almost inevitable.

Research from 5 studies considering over half a million creators and performers showed that the top performing 5% produced 400% more than an average creator.

The paradox of success

There’s another really interesting paradigm of success. You’ll see it easily if you look at basketball records throughout history.

Above is the list of the people that have scored the most points in history.

Below is the list of the people who have missed the most shots in history.

The players that score the most, miss the most. But they’re also the ones who win the most.

Even when you’ve failed several consecutive times, the right thing to do is often just to shoot another basket.

Even if success was down to luck - the flip of a coin. You'd be surprised at how often the best option is to simply keep going.

The flip of a coin

The gambler's fallacy, also known as the Monte Carlo fallacy or the fallacy of the maturity of chances, is the incorrect belief that, if a particular event occurs more frequently than normal during the past, it is less likely to happen in the future (or vice versa), when it has otherwise been established that the probability of such events does not depend on what has happened in the past.

If you toss that coin several times in a row and ask people to bet on it, after seeing 3 consecutive heads people will say the next flip has to be tails. It has to be. The run can't continue forever, right?

They're missing a simple truth.

The outcome of every coin flip toss is statistically independent. Every single time, it's just heads or tails.

The coin doesn't change it's mind. It’s only your observation of multiple tosses that makes you think the outcome might be any different.

From the beginning, the odds of throwing five consecutive heads are 1/32.

Throw one coin in the air and the odds are 1/2 that it will land heads up.

So the odds that you will get four more consecutive heads sound pretty slim, right?

Until you remember that on each flip, the odds of getting heads are never any less than 1/2.

A portfolio of bets

People guessing heads and tails in a series vastly underestimate the likelihood of long runs of an identical outcome. You would actually be better off guessing heads 10 times in a row, as the odds never change.

So with that in mind, it becomes incredibly sensible to bet on yourself every time you step up to the plate.

The difference between you and a flipped coin is that the coin can’t think. The coin doesn’t get worried or scared or lose confidence. The mechanics are the same every time. Rain or shine. Regardless of the prior outcome.

Losing your confidence and wavering in your conviction is the only thing that decreases your odds, assuming you have a high volume of experiments and learn and iterate every time.

I’ll leave you with a final quote from venture capitalist Marc Andreessen:

Don’t look at wins or losses in isolation.

A compelling portfolio of successes will have many chapters.

You’ll be defined in the long run just as much by how much you bounce back from failure than by your ability to win consistently. 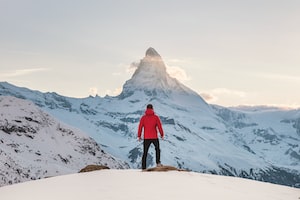 
The One Thing Keeping You From Achieving Success 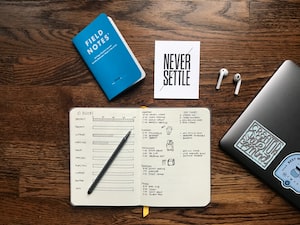