Sometimes in order to win the game you're optimising for, you must lose the ones you've been told were important.

There are two ways to be successful: winning small, and winning big.

The easiest way to win big is to be the best. But you might not always be the smartest, fastest, or strongest. When you can’t easily dominate the big hill, you should find a smaller one to conquer. Often, you can leverage each small win for a larger one.

You must find a niche to corner, an intersection to master, or a category to create.

Welcome to the Good Life

Faheem Najm aka T-Pain is better known as the king of autotune. He blew up in the mid 2000s with hits like Buy U a Drank, Kiss Kiss w/ Chris Brown, Good Life w/ Kanye West, and Low w/ Flo Rida. It’s a strong discography, and he's been able to maintain a cult following despite not having been at the forefront of popular music in the decades since.

The rise of autotune made it possible for artists to perform believable melodies without having natural singing talent. And because T-Pain made autotune popular, a lot of people came to assume that he couldn’t sing. They were wrong.

T-Pain has a great singing voice. He can probably sing better than 75% of comparable musicians. But singing ‘pretty good’ won’t get you to the top of the charts.

T-Pain can sing, rap, and produce, but ultimately made his name with the unmistakable warble of digitally altered vocals. Now, he's a legend.

By defining the game he chose to play and winning on a smaller hill, T-Pain was able to win the bigger prizes by creating and dominating a unique category.

Josh Peck did the same thing, but it almost crushed him.

Drake and Josh was one of Nickelodeon’s most popular shows, and it put Josh Peck on the map. I caught him on a podcast recently, sharing some of the secret truths behind his rise to fame and his internal battles along the way.

Josh got his first headline role in part because he was the fun, lovable, chunky guy. It’s the same role he played on almost anything he featured in before then, and it was a beloved Hollywood archetype.

Before Drake & Josh came out in 2004, Josh had played three different characters called ‘Fat Boy’ and one called ‘Slim’. He was knee-deep in a single lane.

As he grew older, Josh came face-to-face with a cold reality.

The issue with his weight wasn’t just an internal psychological battle. Losing weight could fix his health and self-esteem, but it might also doom his career.

As a bigger guy, you could get big guy roles. It was a smaller hill - one he was skilled enough to conquer. Losing weight meant he could no longer fit the big guy archetype, and suddenly he was having to audition for the same roles as Chris Hemsworth.

The benefits of puberty were also an obstacle. Now taller and slimmer, Josh was quickly sizing out of slam-dunk roles and suddenly had to fight for any opportunity. His parts got smaller and his addiction to drugs grew deeper. Now, even when he got jobs he’d fizzle out on set and be a pain to work with.

Peck didn’t go out without a fight. He would still fight for solid roles, but decided to find another game he could win. By being one of the first stars to pivot to social media, Josh Peck was able to build a secure lifestyle as a creator through Youtube and sponsorships, which he could leverage to get himself back into global headlights.

Winning the small game is only a route to success if you can leverage each position for the next. If you can’t find a way to exploit the system, the system will exploit you.

Elizabeth Swaney mastered the difference between working smart and working hard and used the idea of conquering small hills to become an unlikely Olympian.

In the 2018 Winter Olympics, an athlete most people had never heard of stepped up to represent Hungary in half-pipe skiing. She was so boring it made people angry, but she was an Olympian and nobody could take that away from her.

How did someone so painfully mediocre become an Olympic athlete? It’s simple. She conquered the small hills.

Sounds hard. And it should have been. But Elizabeth Swaney found another way. She figured out that she could work her way up the rankings by only attending competitions with fewer than thirty participants, and not falling down. She didn’t need to win, and she never tried to. At one event in China she came thirteenth out of fifteen participants. But if you fall down, you don’t get a score. So half of Swaney’s top 30 finishes came from simply turning up at quiet events, not falling down, and recording a score. As long as she didn’t come last, she’d start climbing the rankings.

Starting in 2013 she attended all the World Cup qualifying events during the Olympic qualifying years, as well as the 2017 World Championship in Spain.

By the time the Olympics rolled around Swaney was ranked 34th. Normally, this wouldn’t be enough to earn her a spot. But that’s where some loopholes kicked in. The Olympics had a quota system, meaning that while only 24 women could compete in the half-pipe competition, every country could only send 28 men and women in total across all freestyle skiing events.

The United States had six women athletes ranked in the top 20 but only four could compete in the Olympics due to the quota system.

Swaney was San Francisco born and a Harvard Alum, but would never make the US team. In 2014 she tried to qualify by representing Venezuela instead. She failed, but that didn't stop her. Four years later she made it to the Olympics representing Hungary,

In the qualifying event, Swaney came dead last. 24th place. But she turned up. And she didn’t fall down.

Suddenly, due to competitors getting injured while duking it out over the top spots, and the nuances of a janky Olympic quota system, 34th placed Swaney was an Olympian.

People got angry. Fans jeered. Peers mocked. Elizabeth Swaney does not care. She followed the rules, won on her own terms, and she got what she wanted.

By tuning out the noise, following a game plan and focusing only on playing games she could win, Elizabeth Swaney reached the pinnacle of world sports.

Everywhere you go, you’ll find clearly defined maps of what success should look like. These maps were drawn by distinct individuals in a distinct set of circumstances. And often, the key details of the path become more abstracted as the story is retold.

The adventurers who get chewed up by the waves don't get offered book deals. You'll only hear the stories of the people who lived to tell the tale. These anecdotes distort our perception of the reality.

That's why sometimes in order to win the game you're optimising for, you must lose the ones you've been told were important.

People usually fail because they're using a map instead of a compass.

What's the difference? It's a simple mistake.

People think maps tell you where to go. They don't. A map only tells you what exists - it doesn't tell you how to get there. Every map is a reduction, and each one prioritises whatever the author was optimising for. It's an exercise in storytelling.

The nuances of navigating the path are intentionally removed in favour of simplicity and replicability.

You should absolutely search for models of success and use them as reference points - that's the entire point of my podcast, for example. But don't make the mistake of assuming the well-worn path is the only way forward.

Find games you can win. If a map you can follow doesn’t exist, create your own. Venturing off the beaten track and defining your own terms for success requires bravery, a willingness to subvert expectations, and the fortitude to ignore the haters.

If you can beat them on the hill, you will crush it on the mountain. 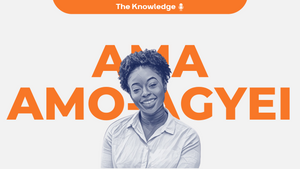 
🎙Breaking down the cult of leadership with Bob Gower