Brandon Sanderson is one of my favourite authors. If he writes something I’m going to eat it up. But not immediately. Because Brandon likes to write big beefy books that could double as self-defence weapons or stools for small cats.

He writes a LOT. He recently surprised his entire audience by revealing that while writing the books he was already under contract for, during the pandemic he secretly penned an extra 5 novels without anyone realising.

The easiest explanation for this level of output is that he’s just prolific. He’s a writer through and through. If he falls over and scrapes his knee, words will pour out of the cut. So of course he writes a lot. Why wouldn’t he be so good at it? I’m sure he sits down, plugs his brain into his keyboard and wakes up after a 25-minute nap to find pages of beautiful prose flying out of his printer like letters from Hogwarts.

Brandon sees it differently. According to him, the reality is less fantastic. It’s hard. It’s really hard - even for a prolific and highly successful writer.

“I can do hard things. Doing hard things has intrinsic value, and they will make me a better person, even if I end up failing.”

The problem with hard work

I think hard work gets a bad rap. It’s frequently misunderstood. You're usually confronted by the rise and grind fanatics who scream that we all have the same 24 hours and you’re just a lazy bum with foolish dreams and, quite frankly, you suck.

Don’t listen to them - you’ll only hurt yourself. Working hard isn’t about suffering until your eyes bleed. That said, most people fail because they think hard work is their enemy.

There's a weird and widespread idea that a lot of people have already internalised which says if something is hard, then it’s probably ‘not your thing’. If you don’t ‘get it’ immideately then you should just throw in the towel and quit while you’re behind. And this mentality is applied equally to professions as it is to relationships. You’re taught to spend your time focusing on things that feel effortless.

Ultimately, unless you’re truly special, anything worth doing will come with some difficulty. The hardest time to generate momentum is when you’re standing completely still. Paradoxically, the more velocity you gain, the easier it becomes to move faster. It’s how the rich get richer and the good get better.

It’s the secret that’s about to unlock the next level of your growth.

You need inertia to get the ball rolling, and the bigger the ball, the harder it is to find those first moments of traction. It’s going to take a lot of work, but you can find solace in the fact that all you need to do is shift the ball slightly off its centre of gravity. If you can only find some leverage, and generate some movement, physics will do the rest.

Let me give you some examples from research studies to drive the point home, and then we can discuss practical strategies to make hard work work for you.

One of the studies that illustrates this point beautifully is one I stole from Malcolm Gladwell and frequently talk about in my course (Career Hyperdrive).

There is a standardised international math test taken by children across the globe. It’s the test they use to rank the quality of a country’s education system, and the results give us two incredible lessons about the value of hard work.

Would you believe me if I told you that you could predict how good a child is at math without having them do any math?

Without knowing their name, age, location or anything personally identifiable about the children taking the test, researchers could predict how well they would do based on something almost entirely unrelated.

When test invigilators hand out the test across all the various countries, they also hand out something else - a long, boring questionnaire.

It’s not boring on purpose, it’s boring because it’s long.

It’s not mandatory, and your name isn’t on it. If you can't be bothered to fill it in, nobody can scold you. It’s only there to help researchers gather more data about education systems.

It turns out, however, that the questionnaires are valuable for something else. There’s a high correlation between the kids who fill out most of the questionnaire, and the ones who do the best on the test.

How could this possibly work?

It's because standardised math tests aren’t really testing how naturally gifted you are at maths, even though that’s what the designers may contend. For most kids, maths might be a little hard or a little boring.

But there’s a fixed answer.

So the test isn’t really about how easily that answer comes to you. It’s about how long you’re willing to wrack your brain to find it.

It’s a test of how long you can sit with hard problems until you get the answer, or get close enough to guess.

Some of you have already thought ahead to the next issue, but worry not, I have some answers.

You may already be roaring in objection. Math tests are timed. If you’re not gifted at math it’s going to take you longer to get the answers. You don’t have the luxury of infinite time to sit with each question.

How time helps us

Well actually, in some countries they do. In some countries, kids are typically tested without a time limit. You can work on each question until you’re ready to give up. When you compare the data from those tests, you get even more interesting results.

The kids who learn to sit with a hard problem without becoming frustrated and moving on will unlock a secondary benefit. They figure out how the principle works. Once you ‘get it’, you’ll get the subsequent answers faster and with more accuracy.

Even among the kids who ran out of time, there were some who found it optimally difficult, meaning it was hard enough to slow them down but not too hard that they couldn’t answer enough questions. If they could answer just enough questions, with a high level of accuracy they would perform better overall than some kids who rushed to complete the test,

This completely flies in the face of the way I was taught math in school and perhaps explains one reason why Chinese kids frequently trounce British and American kids in these exams.

In fact, I’ll give you a tangential piece of corroborating evidence that may reinforce the point. First beware that I am about to join dots myself between studies I’ve come across in separate contexts.

The surprising secret to performance

In another study of global gender outcomes, they used global math tests just like the ones we’ve been discussing. So now we’re looking at a different group of researchers looking at a similar data set but through an entirely different lens.

These researchers found a strong relationship between gender parity and performance - but it might not be exactly what you think.

In countries with greater gender parity girls perform on par with boys. In some of the most egalitarian countries, however, girls performed slightly worse.

However, there was a second group of countries where girls absolutely destroyed the boys. The girls were so far ahead that it was not even close.

Do you want to guess where?

It turns out there are two more pieces to this puzzle. Single-sex education (shared experiences) and our old friend, difficulty.

In some of the countries where life was more difficult, but you could be schooled with people who shared that experience, results rocketed.

A quick note - please don’t go out of your way to make life difficult for your children (especially girls). Life is hard enough as it is. And that’s my entire point.

It seems the two key ingredients universally are persistence and desirable difficulty.

Other studies back this up. It turns out that the optimal amount of difficulty is around 85%. You want to fail about 15% of the time. If you’re failing too often you could get demotivated. But if everything is easy, you may not be structured enough to grow.

If you think you’re an outlier, feel free to crank the difficulty up a few notches.

So hard work isn’t just about pushing a boulder up a hill every morning like Sisyphus, waiting for birds to pluck out your eyes, Suffering isn’t cute. And it's usually not necessary.

Instead, we should focus on working hard enough to be stretched and sticking with tough problems long enough that something eventually clicks. Then you get better. You get faster. You become more prolific. And what was once too hard for you, starts to look effortless.

I’ll leave you with a closing note.

I drafted this essay by hand. I got up around 5am and spent a full hour faffing around at my desk, trying to figure out what to write about. I started with Brandon’s quote and kept going until something clicked, And here we are, a few hours and nearly two thousand words later. I've scheduled the post to send. It’s 8:22 and I’m about to walk my dog. That’s just a little insight into desirable difficulty and the persistence that makes hard work look effortless.

Do What You Are 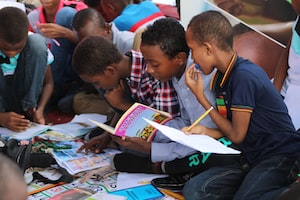 
Learning to be Prudent


Living Inside The Echo Chamber 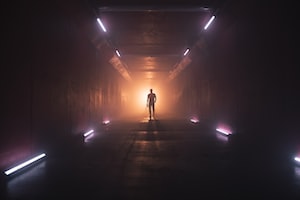