4: Never lose touch with the people you used to be

The more we are pushed towards thinking in the present, the more easily we forget what can be learned from the past.

One of my core personal philosophies centres around “making the best mistakes possible”, and it’s something I may talk about at length in a future newsletter issue. At its core, the aim is to avoid easily-made mistakes by learning from the experiences of others and striving to break new ground with every fresh failure. It’s about developing the body of collective human knowledge and passing our learnings on to others.

“I think we are well advised to keep on nodding terms with the people we used to be, whether we find them attractive company or not. Otherwise they turn up unannounced and surprise us, come hammering on the mind’s door at 4 a.m. of a bad night and demand to know who deserted them, who betrayed them, who is going to make amends. We forget all too soon the things we thought we could never forget. We forget the loves and the betrayals alike, forget what we whispered and what we screamed, forget who we were. I have already lost touch with a couple of people I used to be…” - Slouching Towards Bethlehem by Joan Didion

I listen to a lot of podcast interviews featuring great titans of industry and ordinary people alike, and one of the questions I hear most often is some variation of “If you could go back and tell your past self one thing what would it be?”.

What makes me laugh is how often we trust the empirical wisdom of hindsight bias and accredit ourselves for any modicum of growth or success. We trust the man (or woman) in the time machine to deliver omniscient wisdom from the future. But how often do we pause to consider that our past selves might have something to teach our future selves, or have something to say about the people we’ve become, the decisions we’ve made and the company we keep?

What might your past self say about your commitment to go to the gym thrice a week that fell to the wayside faster than a politicians promises post-election? Would the fresh-faced 20-year-old former you be proud of the work-life balance you maintain? Would they be empathetic to the dreams you’ve given up on? Would they accept the excuses you’ve told yourself in the present?

Only you will know that. But sometimes looking back is as important as looking forward - think not only about the lessons you’ve learned, but remember your love, your hope, and your motivation. Consider how your moral compass has shifted, and how your character has developed to match your circumstances.

We should keep on nodding terms with the people we used to be - even if only to think “bloody hell, wasn’t I a roguish little scoundrel”.

You might have missed it but earlier this week was apparently the only day this year that a broom can stand on its own due to the gravitational pull of the moon… or something like that. If you don’t believe me check this thread:

JK - it went viral and plenty of people were bamboozled but it actually has nothing to do with the alignment of the stars. The centre of gravity on a broom is actually very low and rests directly over the bristles so as long as you balance it right, you can make a broom stand on its own on any day of the year. Go try it right now and send me a picture/tweet if your broom stands! 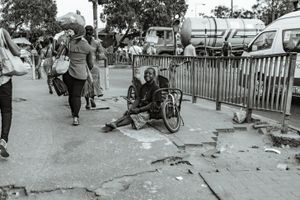 
5: The importance of altruism and good intentions


3: The importance of pursuing purpose 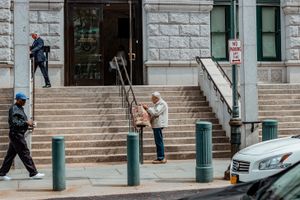