42: How to fail exquisitely

How to give the best gifts to your past, present and future selves.

The problem is the rags to riches formula only works if you get the riches. Somehow you don’t earn the right to tell your story of failure unless you can prove substantial subsequent success by the metrics others think are valuable. Nobody opens Forbes to read the headline: ‘rags to rags, but I learned a lot along the way’.

These tales are rarely accompanied by actionable advice on how you can avoid falling into familiar pits. When they do, the stories go through such an extreme funnel of survivorship bias > selection bias > confirmation bias before they reach your ears that the learnings only represent a subset of possible outcomes.

My grumblings aside, there’s a tremendous amount you can learn from failure, and particularly from the failures of others - whether or not it leads to tremendous success. Failure is an important element in the cycle of innovation and growth, but it’s often overrated. Failure only counts when you’re moving the needle and/or becoming a valuable data point for others. If you’re not, you’re wasting your time.

People call wins and losses too early. At the edge of the grey area lies unrealized gains and unrealized losses.

In investing parlance, an unrealized loss is when the value of an investment drops below the purchase value. It is not the same as a material loss. It simply represents the potential negative return if you were to cash out. If you’ve still got enough money in the bank to cover the potential loss, there’s no need to panic. You’re still in the game. There is still time for the tide to turn. The failure is only real once you sell, or once the market deems your position irrecoverable.

Most mistakes, fumbles and slip-ups in life are nothing more than that, but we have a propensity to overreact to negative feedback. We chalk up the loss too early. The cards look unfavorable and we throw up our hands. We reaffirm this negativity with an internal narrative. ‘I should have played it safe’. ‘This isn’t for me’. ‘It’s just not possible’. Giving up and turning your back on an attempt is what crystallizes the failure. You’ve turned a paper loss into a definite defeat.

If you don’t get a margin call and your position isn’t completely wiped out, the game is still on. That was a setback. You can learn from those too, and the position isn’t permanent. Setbacks happen all the time. Even the most agile and confident rock-climbers won’t get their hand and feet placement right 100% of the time. What separates a slip or fumble from becoming a near-death experience is their ability to recover while falling. An experienced rock climber will shift their weight and find better leverage before gravity gets the better of them. A skier on a tough slope can feel the nuances of poor movement through their boots. They actively seek and interpret feedback faster than a novice. A careless slip that would have pancaked a beginner can be avoided with a deft recovery.

Mistake number one is assuming failure prematurely. I’ve written previously about the brain's incredible power to bring our internal narratives to bear.

Some failures are better than others

All failure is not equal. This is another common misconception.

A failure that cannot become a data point for future experimentation, by you or by others, is useless. I’d go as far as to say that making easily avoided mistakes is a waste of time. Many failures are the result of common errors.

As humans, we exist on this earth to learn from each other. Despite status and celebrity, we are all born contributors to the project of our collective progress. I’m sorry if that sounds esoteric. Haste, pride, fear and ignorance often stop us from seeking available sources of wisdom. Asking friends, neighbors, and fellow online citizens about their experiences, advice and recommendations might make us feel vulnerable in the short term but it is a small price to pay to avoid the pain of an avoidable error.

Put aside any traumatic experiences you may have had in middle school with teachers who forced you to read old classics, and the kids that may have mocked or diminished your reading ability. Books allow us to communicate with people who lived long before us and dance with ideas that will outlast us. The ‘Medium blogs of yore’ are a great place to encounter the best discoveries we’ve made in every field. There’s a wealth of information out there.

Do your best to arm yourself before undertaking new challenges. Even in the midst of a challenge, it’s not too late to seek advice. Crystallizing losses in private can seem like a lesser evil than acknowledging we don’t have all the answers.

Mistakes are a natural part of life - get comfortable with that. You’ll learn more by iterating towards perfection than by being perfect ab initio.

Make each failure useful. Don’t be misled - some failures are truly a waste of time and the only way to salvage any benefit is the personal growth of surviving it.

No failure is pretty at the time. Innovating is an ugly business. The first key to a beautiful failure is surviving. It takes grit and resilience to take a pounding and get back up, ready to fight again. Remember that staying on the ground makes defeat certain. Staying on your feet gives you a shot at changing the narrative.

To ensure you can survive long enough to find success, make failure as cheap as possible.

When British industrialist Henry Kremer offered a £50,000 prize fund to accelerate innovation in human-powered flight, many inventors, engineers and entrepreneurs threw their hat in the ring. It was 1959. 50 years had already passed since the historic Wright brothers flight.

Kremer’s challenge was to fly a figure eight around two markers a half-mile apart. Despite the princely reward on offer (over $1m today), the next 17 years were marked with failure.

People were spending years at a time in large teams, backed by serious funding, building beautiful aircraft with polished wood and fine materials. When the machine inevitably failed they would need another year to gather the funding and manpower for the next attempt.

After almost two decades, Paul MacCready decided to try his hand at the challenge. He was broke and had no team behind him, but was convinced he could overcome these obstacles. In his mind, everyone was trying to solve the wrong problem. Everyone was trying to build a machine capable of completing the challenge immediately - the perfect aircraft. Instead, MacCready’s north star was asking ‘Can you build a machine that can crash cheaply? A machine that can be crashed, mended and relaunched in a few hours?’

So instead of building sophisticated machines, he built scrappy planes out of Mylar, aluminum tubing and wire. These were craft that just about met the spec of what he theorized would be needed, but nothing more. He wasn’t optimizing for the victory photograph accompanying a grand launch. He was optimizing to test as many ideas as possible, in minimal time, with little incremental outlay.

MacCready crashed his planes four or five times a day. His closest competitors would spend 6 months building what they thought was the complete flying vehicle - until it crashed. Paul was able to crash and learn 222 times before being successful. He won the prize just 2 years later and later crossed the English Channel for a prize of £100,000 using the same method.

The lesson is to focus on progress over perfectionism. Make failure as cheap as possible. Just cheap enough to keep you in the game. The point isn’t to bank on failure - you should still aim to succeed. But don’t set the field as though success is inevitable. Play the long game.

Understand and adapt the variables behind every failure. When you read stories of successful people doing great things, don’t just look to imitate - look to iterate. No two attempts will be identical. If you follow the same playbook line by line, in your own unique circumstances it’s likely the results will be different. Make note of the variables at play, and only make a fresh attempt once you’re sure enough variables will be different that you learn something new.

You may still fail. Perfection isn’t the objective. New knowledge is the objective. There’s a quote that legends from Michael Jordan to Thomas Edison have uttered some version of: “you’re not failing 100 times, you’re learning 100 ways that don’t work”. Just make sure it’s actually 100 unique failures and you’re not just rolling the dice ‘one more time’ x20 like a divorcee at a Vegas casino thinking this time will be different.

Utilizing the same knowledge in a different context could be the key to unlocking success. Here are a few startups that pivoted from dead ends, often using the expertise they’d developed or acquired to change the narrative:

As you try, and as you fail, keep gathering data. Seek out the mistakes and learnings of others. Note their successes, but also note their failures. Is there further ground to be broken by adopting the variables? Can you move the knowledge gained into new contexts? Identify which mistakes are not replicating. The best mistakes to learn from are ones you didn’t have to make yourself. Always consider the factors at stake to ensure any attempt that risks possible failure will yield a valuable lesson.

Make mistakes. Just not the cheap and dirty ones. Make high-quality mistakes. The very best, most exquisite failures possible.

If you have any thoughts on failure I’d love to hear from you! Reply via email, leave a comment, or send me a tweet! 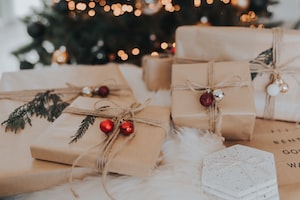 
Gifts for the present


When Conviction Is Worth the Risk 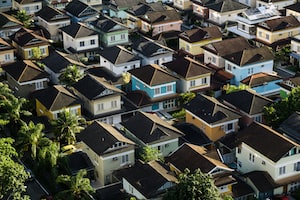