This week I'm sharing notes from my journal on how Lebron James navigates life games, and how we can do the same in life and work. It's a follow up to last week's newsletter.

My course, Career Hyperdrive kicked off yesterday. It's my first time teaching in this format so I'm equally excited and curious. I'm optimising to deliver as much value as possible so have a high certainty that it's going to be awesome.

If you missed the boat (I wanted a small cohort for the pilot) you can join the official waitlist for the next cohort here:

King of the Game

This is a follow up to last week's newsletter, which explained in detail how to classify games in everyday life.

This week we will put that knowledge to practice. These are notes from my journal on how Lebron James navigates life games, and how we can do the same in life and work.

Lebron James understands the rules of the game across multiple verticles and tailors his strategy accordingly.

He takes an infinite game approach to his longevity and legacy. He spends a tremendous amount of money each year on his training, health and fitness, allowing him to play more minutes per game and more games per season than most stars even 17 years into his career.

He’s become the first athlete in NBA history to become a billionaire while still actively playing. despite being one of the leagues highest-paid players, Lebron makes more money off the court than on it through a series of shrewd investments. Lebron has been a step ahead of the pack from the very beginning. He gave a childhood friend the opportunity to be his agent and business partner, and now Rich Paul, in his own right, is one of the most prolific agents in the league. Lebron actively took charge of his career, legacy, and reputation. He’s one of the most socially conscious athletes in history. He’s created several media properties and online shows, giving athletes a voice in ways they’ve never had. They’ve gone from being league employees to media properties in their own right.

Lebron has always taken a finite game approach to team-building. He’s been widely praised and criticised as ushering in the era of basketball ‘super teams’, bringing together two or three stars in an attempt to win the title.

Basketball is what Malcolm Gladwell would call a strong-link sport. The strongest link in your team matters far more than the weakest. In soccer, you are hugely reliant on passing and team synchrony to score and to defend. In basketball, while it doesn’t guarantee victory against stronger opponents, a single player can carry the load on both ends of the floor. Due to salary cap economics, Lebron has frequently been on some of the worst winning teams in league history. You only need a few great players with a decent supporting cast.

As a result, despite 4 team changes, whatever team he was on was guaranteed a spot in the NBA finals. Lebron has been to the NBA finals on 10 occasions, a run of 8 consecutive appearances only broken by injury. He’s now won 4 titles and is the first player in history to win with 3 different teams.

In the regular season he optimises of typical performance - rarely does Lebron overexert himself on any one night. He plays well, consistently, with an eye on simply making the playoffs. During the playoffs, he activates ‘zero dark thirty mode’ and optimises for peak performance. He’s put on some of the greatest playoff performances in playoff history. Every playoff game is about elevating his team and playing at the height of his powers.

Lessons from the King

At work, there may be special projects you can attack for peak performance - things you can knock out of the park

Too many people over-optimise or try to replicate peak performance in every game instead of optimising for longevity. Context also matters. There may be a particular boss you have for whom a single home run would linger long in their mind. In that case, it may be worth establishing a strong baseline and then contributing the occasional all-world performance to refresh their memory.

Conversely, I think relationships can be different. Parenting should be based on typical performance, but in practice, this may not be ideal. Think about the peak-end effect. While the day to day will shape a child's experience, their memory will be characterised by only the peak emotive moments. The rest will be lost to history. But this doesn't mean you can be a crappy parent and then take your kids to Disneyland. Your typical performance sets a baseline of your character. I think it's feasible to have a decent baseline with multiple peaks, or a high baseline with less pronounced peaks. Again, context is key.

In the same way, I think romance is more oriented to peak performance than we might like to think. It’s less about maintaining a consistent and replicable baseline over time, particularly in earlier years. Romance is more about the number of truly special moments you can create - how high are the highs and how long can you maintain it? Typical performance is comforting, but relationships require dynamism.

Again, don’t over-optimise, but the ideal situation is usually one where two counterparts are equally committed to peak output while taking turns to bear or share the load and not allowing either to become exhausted.

The fine balance is only undone when one partner is carrying an undue proportion of the burden.

Relationships are a wicked learning environment and a weak link sport. You will revert to the mean eventually, no matter how good your best contributor is.

This also highlights the importance of a finite vs infinite game approach. Most people approach romantic relationships as a finite game because many of their other relationships are zero-sum. Every exchange has a winner and loser. When there's only one chip left in the bag, you need to win. When there's an argument, even when resolved, secretly you're very aware of who won this time. In an infinite game, there is no winning and losing - there is only ahead and behind. The objective is to perpetuate the game. If your only goal was to keep the game going, there may be more than a few occasions where you take a position that may be seen as 'losing' to a finite player.

This view isn't limited to romantic relationships. Unless you are only using your friends to achieve particular outcomes, it may well be worth taking an infinite game approach. Human interactions are weak link activities because humans are so unpredictable. You can't push a button and get one consistent result in perpetuity. It is probably worth convincing others to take an infinite game approach also (send them this newsletter). Consider what it would take to move your relationship from level two to level ten, and remember during difficult times that you are only ever ahead or behind in that journey.

If you have any thoughts on bias and rigorous thinking I’d love to hear from you! Reply via email, leave a comment, or send me a tweet! 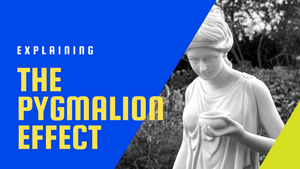 
What is Cryptocurrency? A Detailed Overview 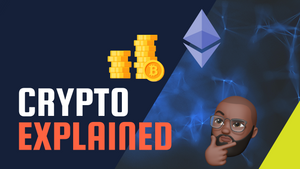