The Sword of Damocles has become synonymous with imminent danger and the threat of sudden calamity - but that’s only half the story, and perhaps the wrong half to focus on.

If you’ve never heard of Damocles before, you’re in for a treat!

The story of Damocles was first recounted in the writings of Cicero, a Roman philosopher and politician. Damocles was one of the many sycophants (assentator in Latin) in the Court of Dionysius, ruler of Syracuse.

Dionysius lived in almost unparalleled wealth and excess. He was adorned in fine cloth and jewellery and regularly indulged at decadent feasts. In the eyes of his subjects, his life was one of unrivalled comfort.

As was his nature, Damocles showered the King in compliments from sunrise to sunset. He marvelled at the beauty of his horses, the splendour of his throne, the size of his army and the loyalty of his subjects. Had there ever lived a happier man in all of Italy?

One day Dionysius turned to Damocles, tired of his braying, and offered him the life he had so long lusted after.

“Would you like to sit on my throne for a day?” he asked.

Damocles was taken aback but could never refuse such a generous offer. The favour of the Gods had suddenly shone upon him.

Damocles was placed on a golden ornamented seat in a beautiful room with beautiful tapestries boasting magnificent designs, He was waited on, and plied with fine wine. The air was filled with incense and at Dionysius’ command, a grand feast was prepared. Platters of exotic food were laid down, served by the most beautiful women in Magna Grecia. It was everything Damocles had dreamed of. But while Damocles filled his stomach, Dionysius had a beautiful glittering sword suspended from the ceiling. Directly above Damocles’ head. Suspended by a single horsehair. 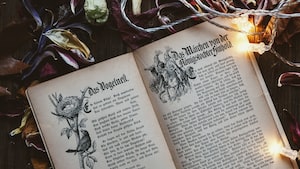 
Are Stories Dangerous? - The Story Paradox by Jon Gottschall


🎙 Fintech and Fashion with Urenna Okonkwo 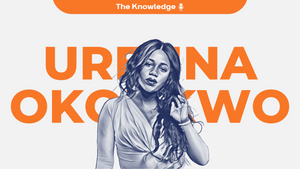