8: The world will be different tomorrow

A letter from my isolation bunker focusing less on viral plague, and instead considering our present and (hopefully) our future.

Here’s the deal - if I see another Coronavirus related email I will vomit a flamboyant yet appropriately garish fresco of partially digested self-isolation snacks. That image is still less horrifying than the sights at your nearest hospital, and while it might sound like a tasty treat for the dog I don’t yet own, it is a fate I would rather avoid. As such, there will be little mention of You-Know-What in the post to follow. You can read Issue 7 for more on that, with the updated caveat that you should stay indoors as much as possible.

You-Know-What has consumed mainstream news, social media, podcasts and most other forms of entertainment, and the depressive isolation has been rather hard to escape from. I haven’t seen my family in almost a month now - we celebrated Mother’s Day by video call, and did the same for my Mother’s birthday. We are separated not by oceans, but by fear.✓

In the UK we have now been relegated to one form of exercise per day. Most of us are split between using the precious time for long walks, and escapism via telephone on apps like Houseparty (which has already lost its novelty).

I have read enough dystopian YA novels to know that the next knock at my door could very well be uniformed officials notifying me of the faction I have been sorted into and the date at which children and the elderly will be culled for a televised battle-royale. The prizes will be toilet paper, baked beans and hand sanitiser. I trust that my sister will fight valiantly on behalf of our clan.

How I see the world changing post-pandemic:

These are of course merely opinions based on emerging trends, but with lockdown in the UK set to continue until June, suffice to say we will be venturing into a completely different global landscape.

My focus and productivity have suffered in spurts in the last week or so, but I’m remaining positive overall. I have resorted to embracing all hours of the day - taking time with each task and not feeling the traditional compulsion for speed and constant connectivity that has become intrinsic to modern society.

I’ve been reading - a lot. I finished three books by Tuesday and hoped to have another two finished by the end of the week but procrastination stole my joy. Audible and long (solitary) walks have helped a lot with that. Add me on Goodreads to keep up with what I’m reading! :)

I’ve also had plenty of time to edit episodes of my podcast The Knowledge (nee Thy Daily Edge), so you’ll soon be able to join me and a smorgasbord of incredibly interesting individuals for learnings, musings and discerning chinwags on everything you need to know to navigate the world around you!

I’m also a co-host on another amazing podcast called Travel and Turn Up. Here’s the awesome trailer - tune in to keep up with everything black x travel.

I hope you are all keeping well - as always feel free to drop me a line by email or twitter, whether that’s to notify me of cool resources to share, or simply to let me know how you’re coping. Community is crucial in times like this. 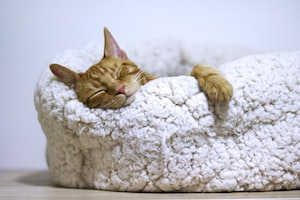 
7: We need to talk about Coronavirus😷 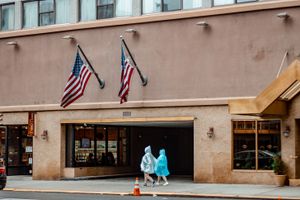