It took fifty miles of cycling and the best part of a thousand pounds to reach Senegal. I rode with school friends to raise the money. The proceeds bought me passage across the Atlantic. The bike ride was from Cambridge to London, more miles than I’d ever pedalled in my life. I didn’t even own a bike. The flight was from London to Dakar, and the journey that awaited from the moment my feet touched hot dusty tarmac, was the spark that set my heart ablaze with wanderlust. It was also, perhaps, a mistake.

Going to Africa to build schools is a thing. It’s an entire industry designed to pad college resumes and palliate swelling egos. That wasn’t why I went, but you could never tell a naive soldier that he didn’t go to war. Even if he served in the kitchens or remained on base mending tents, he was deployed in service of the empire and his mere presence made its objective complete. Once your feet touched tarmac, you were part of the war effort.

That’s how I found myself, boots down in Senegal, a naive soldier with the best of intentions, bringing seeds of the great enlightenment to The Dark Continent.

It was a much younger and slimmer and fresher-faced version of me, but that boy spent a month living in a tiny town in Senegal, deployed each morning to an even tinier village with a name I can't remember or even place on a map.

It was precisely the kind of village that you go to build a school in. One on the edge of the Sahara, with a plump yellow sun that bloomed across the sky like an egg spilled on concrete. Heat tore through the troposphere to spank exposed skin with a playful palm.

The architecture belied the simplicity of the people's concerns. Baked mud and corrugated iron interleaved and roughly composed, providing enough basic protection from things that hailed from above and bit from below.

If Instagram was a thing back then, we would have filled our feeds with enviable exploits.

Instead, we laughed and played with kids, organised activities, taught letters and symbols. We went looking for cool creatures and ran from hornets and jumping spiders. We stayed out till midday marinating gently in sweat till we were forced indoors by the imposing sky-god. 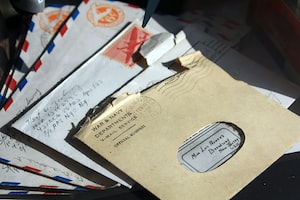 
The Market For Spam


What You Need to Know About Logical Fallacies 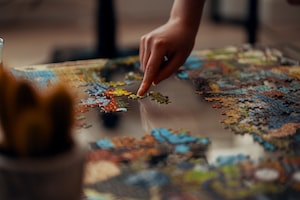